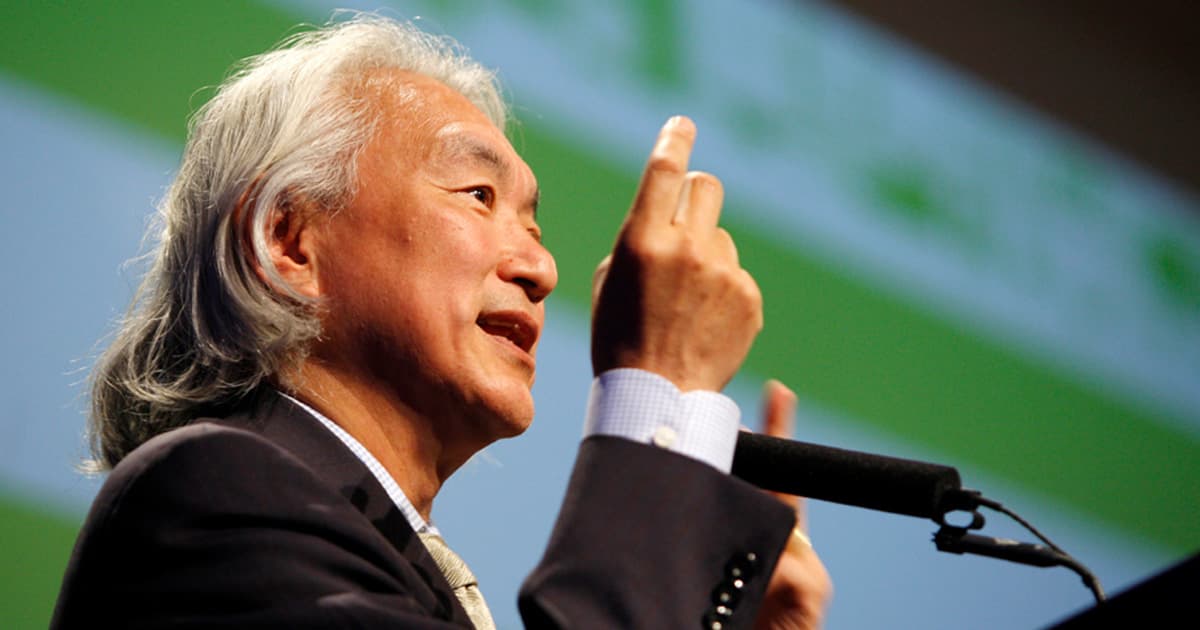 Michio Kaku: Figuring Out Secrets of Physics Will Make us "Grand Masters"

Our equations get "simpler and simpler, but more fundamental and more powerful, every year."

Our equations get "simpler and simpler, but more fundamental and more powerful, every year."

Famous theoretical physicist Michio Kaku has a new goal for his fellow researchers: unraveling the mysteries of the universe to create a cohesive theory of everything that explains how the universe operates — and why it exists.

Kaku told The New York Times that he thinks that the underlying secrets to physics could end up being simpler than the complex pile of equations, theorems and sometimes conflicting laws that researchers work with today. And unlocking them, he argues, could grant humanity incredible control and understanding over the universe.

Hundreds "of Ph.D. theses are created every year because we want to know what Hemingway really meant," Kaku told the NYT. "Physics is the exact opposite. [Equations get] simpler and simpler, but more fundamental and more powerful, every year."

In his conversation with the NYT, Kaku compared striving to develop a theory of everything to a chess player refining their technique until they reach the highest echelon of the game.

"[When we] find the rules that govern the chess game, we then become grand masters," Kaku told the NYT. "That's our destiny, I think, as a species."

One of the main unresolved challenges is that two of the leading laws of physics, Einstein's general relativity and the Standard Model, are exceptionally difficult to integrate together. But Kaku says he's reassured by "vigorous debate" happening among leading physicists trying to make it work.

"The problem is that the two theories hate each other,” Kaku told the NYT. "They're based on different math, different principles. Every time you put them together it blows up in your face. Why should nature be so clumsy?"

READ MORE: Michio Kaku Says the Universe Is Simpler Than We Think [The New York Times]

More on Michio Kaku: Michio Kaku Has Advice for Next Time You Get Abducted by Aliens

This is the Closest Thing We Have to a Master Equation of the Universe
7. 3. 17
Read More
Parallel Universes May Be the Only Hope of Surviving the Death of the Cosmos
4. 23. 17
Read More
Why String Theory May Be the Key to Uncovering A "Theory of Everything"
3. 7. 17
Read More
+Social+Newsletter
TopicsAbout UsContact Us
Copyright ©, Camden Media Inc All Rights Reserved. See our User Agreement, Privacy Policy and Data Use Policy. The material on this site may not be reproduced, distributed, transmitted, cached or otherwise used, except with prior written permission of Futurism. Articles may contain affiliate links which enable us to share in the revenue of any purchases made.
Fonts by Typekit and Monotype.