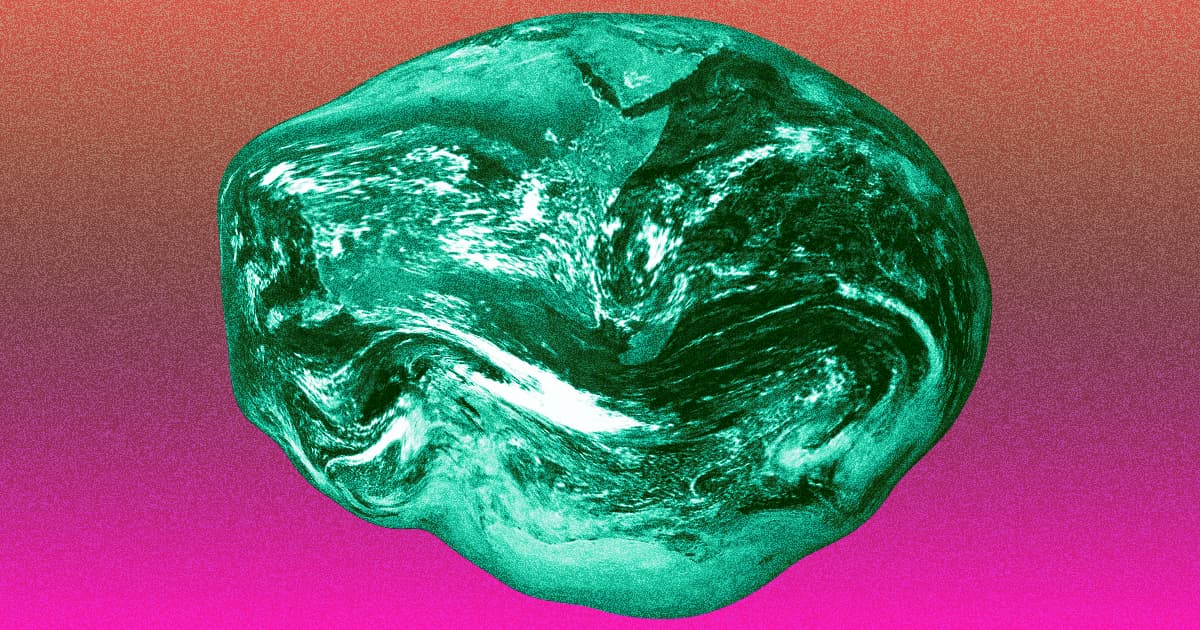 As ice melts, the crust seems to warp for hundreds of miles.

As ice melts, the crust seems to warp for hundreds of miles.

As rising temperatures melt Arctic ice at an alarming rate, the resulting rise in the sea level stands to reshape coastlines around the world. But the effects on the planet itself may be even more dramatic, according to a new study on how melting ice physically reshapes the Earth's crust.

The outermost layer of our planet is surprisingly elastic, according to research published in the journal Geophysical Research Letters last month. In the study, Harvard scientists discovered that the crust rebounds outward after the ice on top of it melts away, but doesn't always return to a perfectly spherical shape.

The study shows that these deformations are not only larger than scientists thought, but also that they can have significant influences on ecosystems in an area for thousands of years.

For example, parts of the crust around the Arctic are still expanding like an extremely slow balloon after the weight of the ice age — which ended 11,000 years ago — was lifted off of it. As even more ice melts away thanks to climate change, the expansions and warping effects are compounded, creating an increasingly-complex landscape.

"On recent timescales, we think of the Earth as an elastic structure, like a rubber band, whereas on timescales of thousands of years, the Earth acts more like a very slow-moving fluid." Harvard planetary scientist Sophie Coulson said in a press release. "Ice age processes take a really, really long time to play out, and therefore we can still see the results of them today."

Being able to monitor this ballooning is valuable for scientists. Understanding how the earth is changing shape makes it easier to study and predict tectonic movements, earthquakes, and other geological processes, Coulson said in the release.

But it also has implications for climate change. As Antarctic ice melts and the crust pushes outward, Coulson said, it may deform and push bedrock out of position, further displacing ice and creating a vicious cycle leading to even greater melting.

More on melting ice: Switzerland Covers Glacier With Giant Blankets To Keep It From Melting