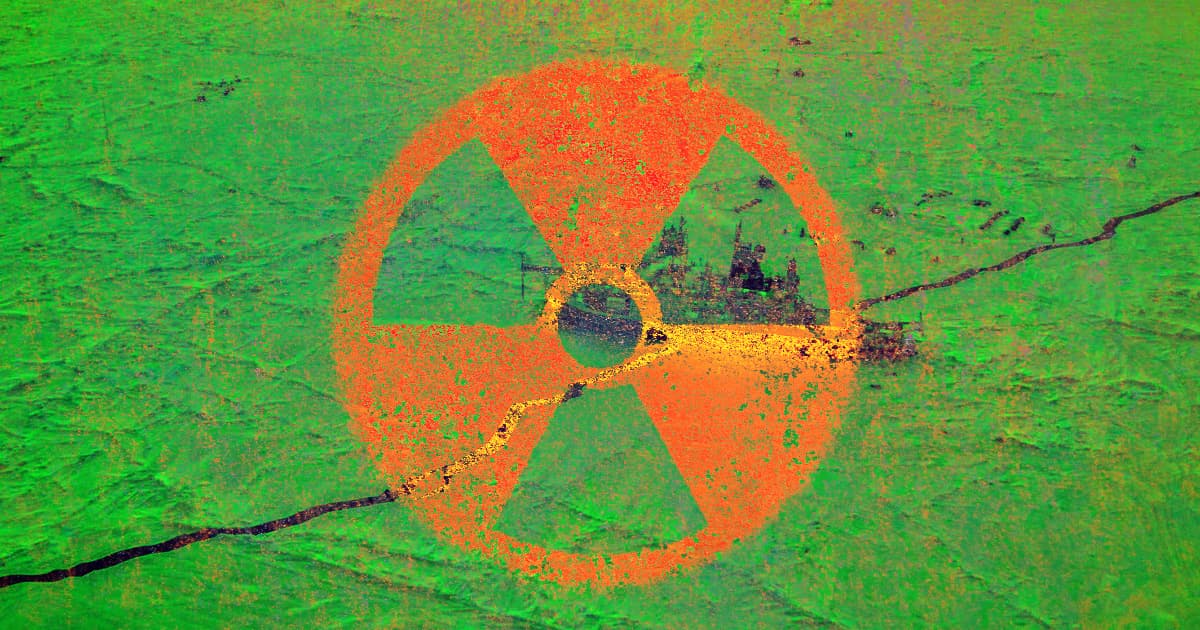 "It has long been a deep-freezer for a range of harmful things, not just greenhouse gases."

"It has long been a deep-freezer for a range of harmful things, not just greenhouse gases."

As Arctic ice melts away, it will likely raise the sea level and contribute to the devastation of ecosystems around the world. But it can also release chemical and biological hazards that had been safely sealed away.

Those hazards can include ancient or undiscovered viruses and bacteria, toxic chemicals, and even nuclear waste, according to research published in the journal Nature Climate Change on Thursday. The Arctic permafrost has been a hotbed of industrial activity, resource extraction, and even Soviet nuclear tests, according to the BBC, meaning there's a whole lot of dangerous garbage lurking inside and waiting to be released if we continue to scorch the planet.

Over 100 different species of microbes sealed away in the Arctic permafrost are resistant to antibiotic medications, according to the BBC. That could prove disastrous if they were unleashed and started infecting people or other organisms, as we wouldn't have treatments ready. And it's not like we'd be facing them one at a time — as the ice melts, microbes from entirely different eras could be released simultaneously.

"This review identifies how other risks can arise from the warming Arctic," study coauthor and Aberystwyth University researcher Arwyn Edwards told the BBC. "It has long been a deep-freezer for a range of harmful things, not just greenhouse gases."

Unfortunately, given the fact that there are over 1,000 Arctic settlements that have been built to support scientific research, military operations, or resource extraction, the researchers argue that any contaminants or biohazards that get released from the ice would probably get spread around.

"What should worry us is how much we have still yet to learn about the Arctic, how important it is to all of our futures, and why it is worth protecting," Edwards added.

More on Arctic ice: Scientists Say Arctic Ice Is Thinning Twice as Fast as We Thought