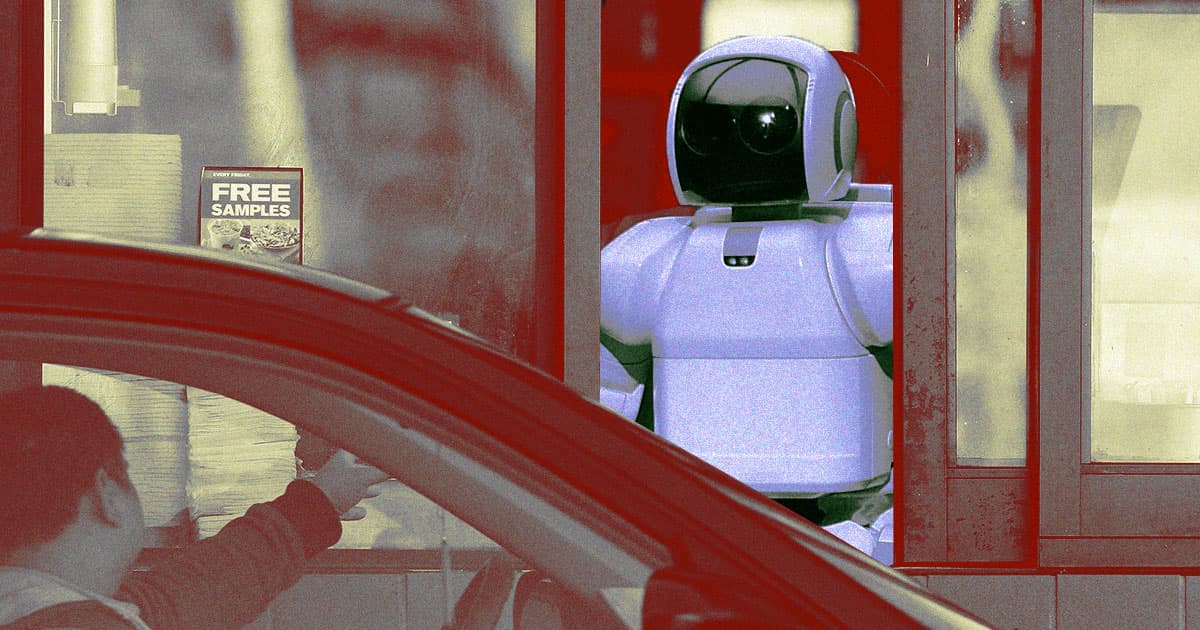 McDonald's Partners With IBM to Replace Drive-Thru Employees With AI

McDonald's is partnering with IBM to implement artificial intelligence tech to take orders at its drive-thru lanes.

"In my mind, IBM is the ideal partner for McDonald’s given their expertise in building AI-powered customer care solutions and voice recognition," McDonald's CEO Chris Kempczinski said during a Wednesday earnings call, as quoted by CNBC.

It's arguably the last thing we need: the kind of frustration we get from trying to communicate with AI-powered software — cough, Siri — could make anybody rip their hair out the next time they hit up a fast food joint.

In 2019, the restaurant chain bought a tech startup called Apprente and renamed it McD Tech Labs. As part of the partnership, IBM will acquire the company.

McDonald's has already tested the tech developed by Apprente at several restaurants in Chicago this summer.

At the time, McDonald's claimed the system could already handle about 80 percent of the orders that come its way, filling them with about 85 percent accuracy.

Bizarrely, Kempczinski claimed human workers were actually eager to help the system out. "We’ve had to do a little bit of training of 'just keep your hands off the steering wheel, let the computer do its work,'" he said at the time.

The company's shares were up two percent Wednesday after the chain beat Wall Street estimates with its third quarter earnings, CNBC reports.

McDonald's is betting big on technology to drive sales, as already evidenced in a widespread rollout of automated order-taking kiosks.

But whether its AI technology will be able to keep up with disgruntled drive-thru customers remains to be seen.

More on automation: Buffalo Wild Wings Is Allowing Robots to Take Over the Deep Fryer