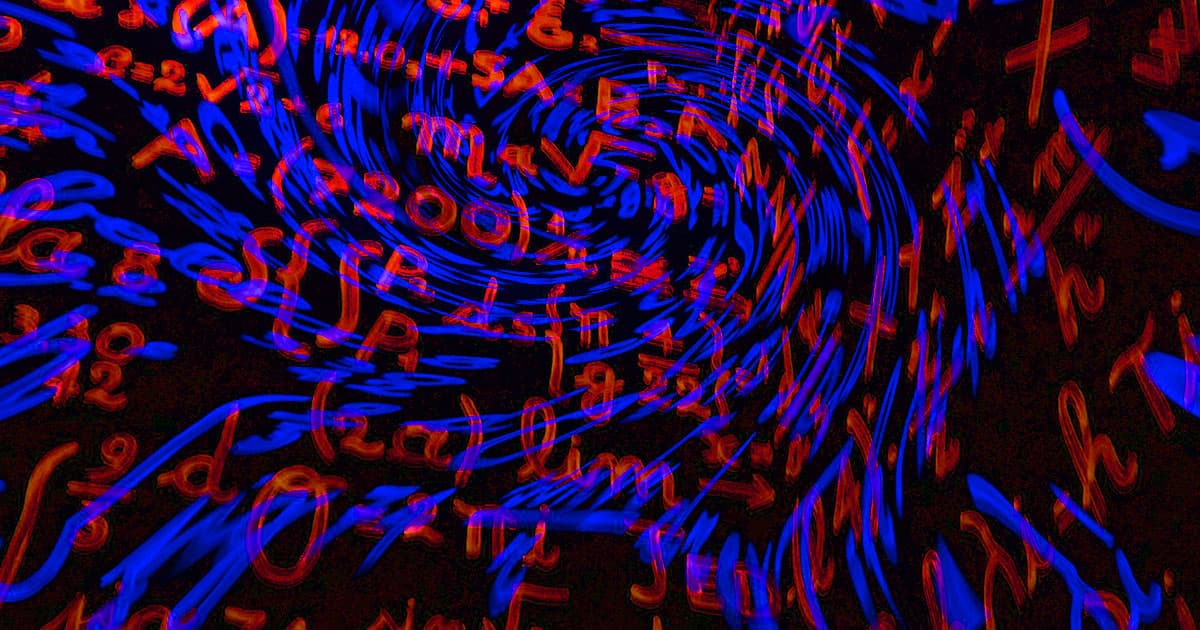 Mathematician: Everything We Know About Math Could Be Wrong

Too many mathematicians trust that proofs are correct instead of testing them.

Too many mathematicians trust that proofs are correct instead of testing them.

Theoretical math tends to be so complicated that even the researchers pushing the field forward can't quite grasp it all.

It turns out that a great deal of mathematicians simply trust that the foundations of a new discovery are sound, Motherboard reports. If a prominent researcher cites a mathematical proof in their work, others may assume it's true without actually checking for themselves. And that has Imperial College London mathematician Kevin Buzzard concerned that the whole field is about to go up in flames.

Buzzard is worried that many mathematical proofs are incorrect — but that errors fly under the radar because so many prominent figures simply assume that they hold water.

"I'm suddenly concerned that all of published math is wrong because mathematicians are not checking the details," he told Motherboard, "and I've seen them wrong before."

To help mathematicians reach sound conclusions without making them dive into thousands of pages of inscrutable operations, Buzzard suggested in his opening talk at a math conference that the field turn to artificial intelligence tools that can do the grunt work for them.

"I think there is a non-zero chance that some of our great castles are built on sand," read his presentation, per Motherboard. "But I think it's small."

Brands We Love
Build A Career Backbone With This $16 Discrete Mathematics Course
9. 5. 20
Read More
Brands We Love
Learn Math the Way Engineers Do with this 9-Course Training Bundle
6. 13. 20
Read More
One, Two, Bee...
Honeybees Are Smart Enough to Learn Basic Math
2. 7. 19
Read More
+Social+Newsletter
TopicsAbout UsContact Us
Copyright ©, Camden Media Inc All Rights Reserved. See our User Agreement, Privacy Policy and Data Use Policy. The material on this site may not be reproduced, distributed, transmitted, cached or otherwise used, except with prior written permission of Futurism. Articles may contain affiliate links which enable us to share in the revenue of any purchases made.
Fonts by Typekit and Monotype.