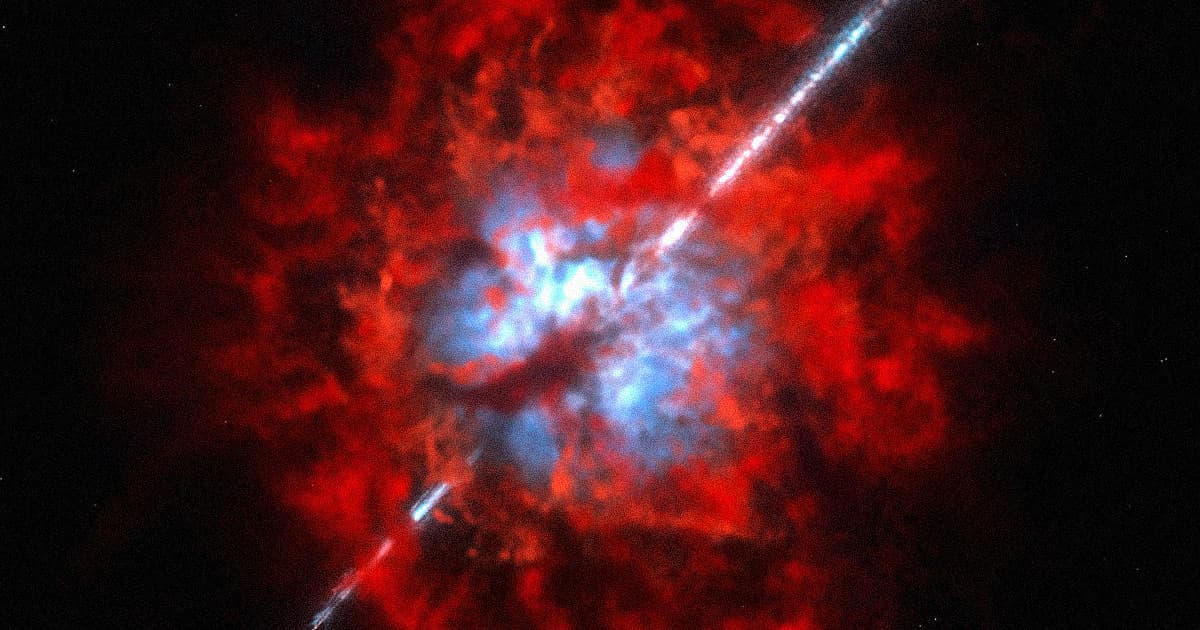 This cosmic blast was a quintillion times brighter than the Sun.

This cosmic blast was a quintillion times brighter than the Sun.

Ever since then, the afterglow from the collision — a short gamma ray burst (SGRB) — has been rocketing across the universe at the speed of light. And in a stroke of luck, astronomers here on Earth managed to witness it when it arrived, CNET reports.

NASA's orbital Neil Gehrels Swift Observatory was the first to spot the distant glow, CNET reports, which is the most ancient gamma ray burst ever observed. The scientists monitoring it then quickly aimed Hawaii's Gemini telescope at the burst before, and teams in Arizona and Chile did the same with their own instruments.

"With SGRBs, you won't detect anything if you get to the sky too late," Northwestern physicist and astronomer Wen-fai Fong said in a press release. "But every once in a while, if you react quickly enough, you will land on a really beautiful detection like this."

Based on how quickly it passed and how short-lived gamma ray bursts are to begin with, the merger and resulting explosion likely only took a couple hours, according to research published Tuesday in The Astrophysical Journal Letters.

"We certainly did not expect to discover a distant SGRB, as they are extremely rare and very faint," Fong said in the release.