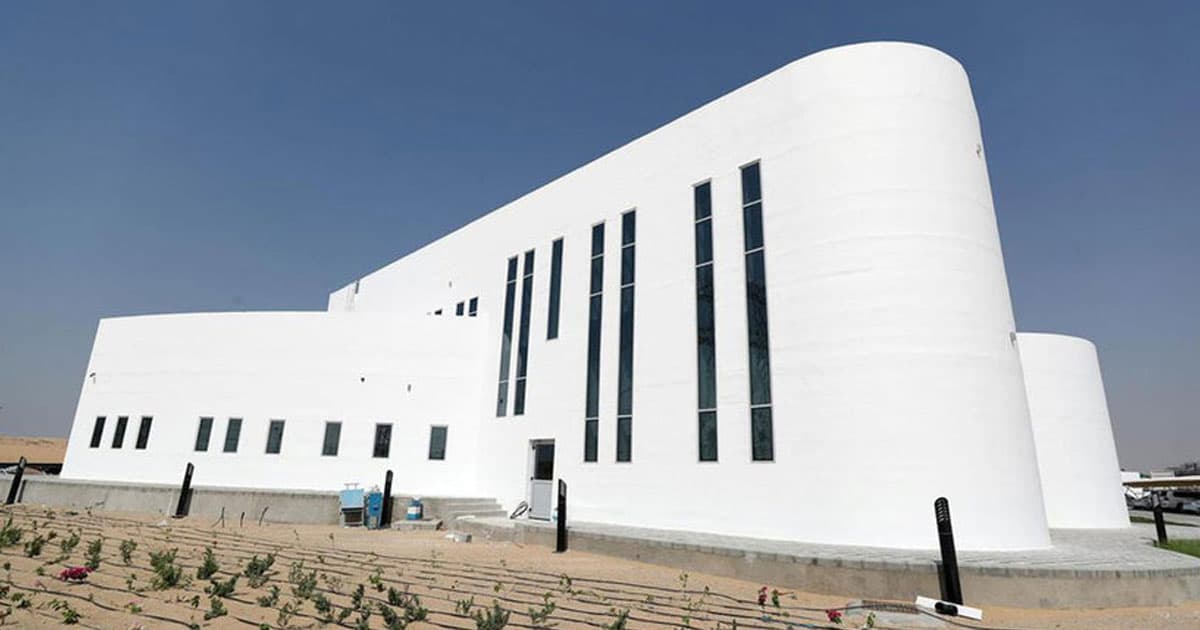 The printer cut the number of construction workers needed in half.

The printer cut the number of construction workers needed in half.

On Wednesday, officials in the city's Warsan neighborhood unveiled the building, which is 9.5 meters (31 feet) tall and has a total area of 640 square meters (6,889 square feet). The structure's concrete walls were constructed in place using a massive 3D printer — and the entire building serves as a testament to the power of 3D printing in construction.

According to a story by The National, constructing the 3D-printed building required just 15 workers as opposed to the expected 30 for a project of its size. 3D printing also produced 60 percent less waste than traditional techniques, according to the publication.

The use of 3D printing cut down on construction costs, too, with officials telling The National that the technique drops the estimated cost of constructing a building of this size from Dh2.5 million (US$680,660) to less than Dh1 million (US$272,264).

The building also demonstrates how 3D printers can be used to create architecturally interesting structures — and this could be just the first of many visually impressive 3D-printed buildings to go up in Dubai.

“The building has been designed with different shapes through which it was tested to show it can be possible for 3D printing to construct a variety of designs,” Dawoud Al Hajri, Dubai Municipality director general, told The National. "Dubai’s 3D printing strategy aims to make it a global capital for this technology."