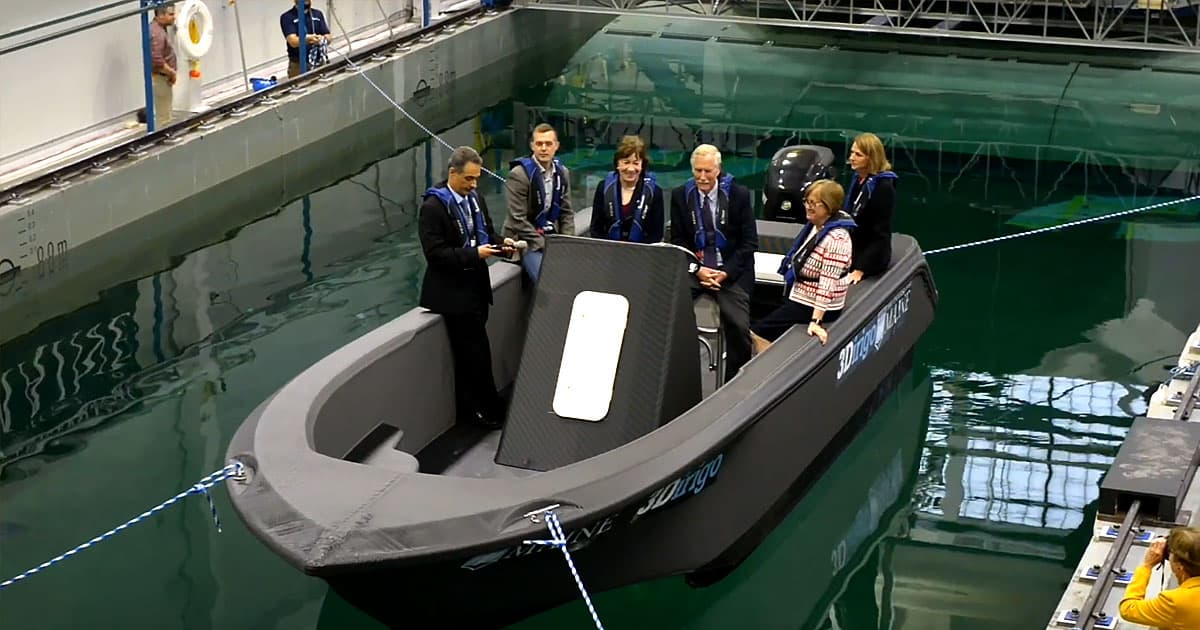 Watch a Giant 3D Printer Spit out an Entire Boat

It's the largest solid 3D-printed object in history.

It's the largest solid 3D-printed object in history.

The University of Maine just set three world records in one fell swoop.

UMaine's Advanced Structures and Composites Center unveiled the 3D-printed boat during a ceremony on Thursday, with officials from Guinness World Records on hand to confirm that the group had indeed set three new records.

At the end of the event, the team tested the seaworthiness of its 25-foot-long, 5,000-pound ship, dubbed 3Dirigo, in UMaine's Alfond W2 Ocean Engineering Laboratory, which features a multidirectional wave basin and a high-performance wind machine.

According to a UMaine press release, 3Dirigo isn't even the biggest object the school's 3D printer can construct — if pushed to its limits, it can print objects up to 100 feet long, 22 feet wide, and 10 feet high.

The school already has several applications for the printer lined up, too, including a partnership with the U.S. Army through which it'll help develop shelter systems for soldiers that the military could quickly deploy.

More on 3D printing: Designers Want to Give 3D Printers Legs, Let Them Wander the Earth