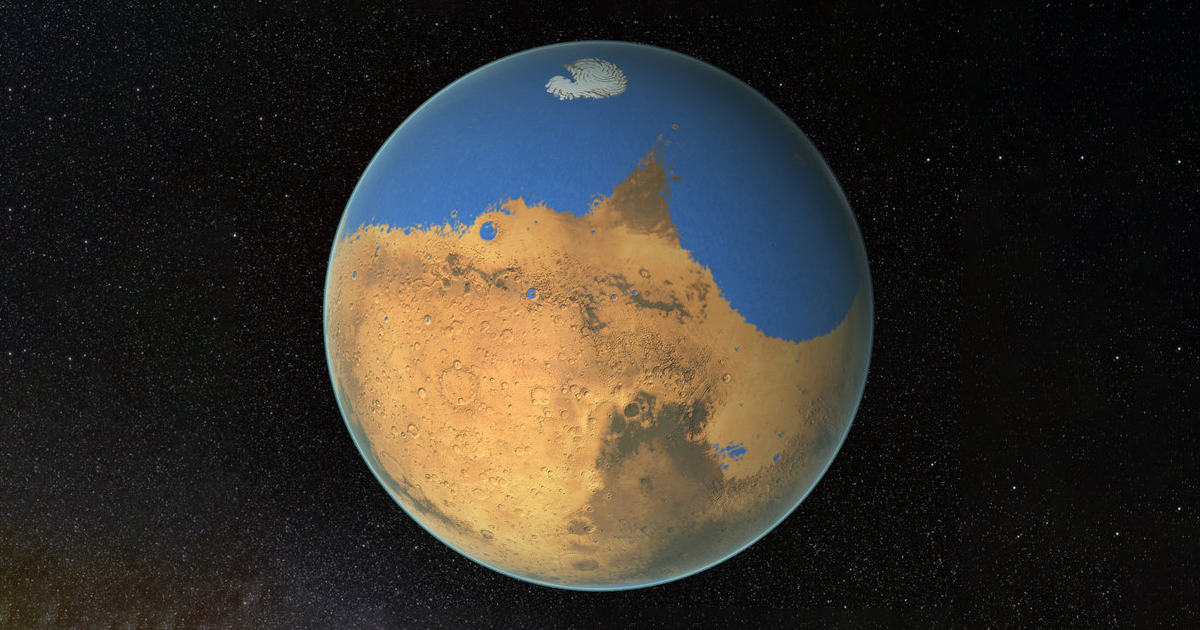 Researchers believe that's how Mars lost most of its water.

Researchers believe that's how Mars lost most of its water.

A team of scientists say they’ve discovered the unusual way in which water cycles on Mars.

The findings could illuminate how hydrogen from water vapor could be making its way into space on the Red Planet — a potential explanation as to why Mars has turned from a water-rich planet into a dry and desolate one over the course of billions of years.

According to the researchers’ results, water can only rise from the lower into the upper atmosphere during a tiny time window: approximately every two Earth years, when it’s summer on the southern hemisphere and Mars is at its closest to the Sun.

The team of researchers, who hail from the Moscow Institute of Physics and Technology and the Max Planck Institute for Solar System Research (MPS) in Germany, used a computer simulation and data gathered by space telescopes and space probes to probe the Red Planet’s weather dynamics.

“When it is summer in the southern hemisphere, at certain times of day water vapor can rise locally with warmer air masses and reach the upper atmosphere,” Paul Hartogh from MPS said in a statement.

The water vapor then gets carried to the North Pole where it condenses into liquid and falls out of the sky. During that process, some of the water particles disintegrate and leak hydrogen atoms into the emptiness of space.

Many astronomers believe that Mars was once covered in a massive ocean and countless rivers — meaning this new discovery could help figure out why Mars has lost all that water.

More on water: New Research: Mars Used To Be Covered In Huge Rivers