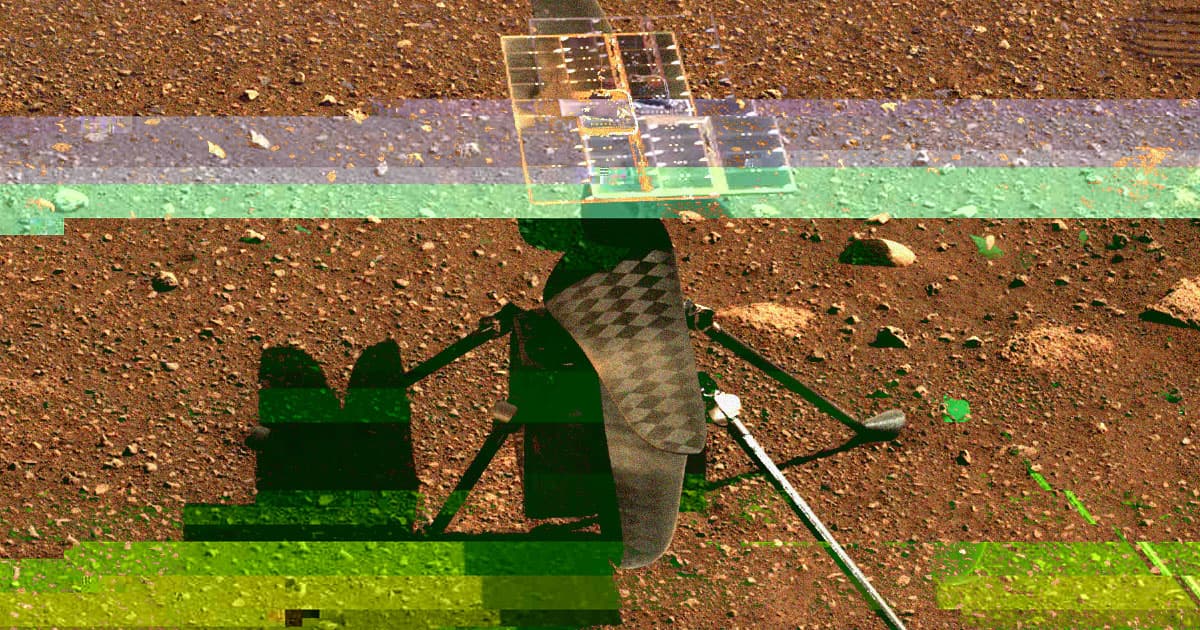 Could the Ingenuity Mars Helicopter be hacked? The answer appears to be no.

The Register reported this week that circumstantial evidence indicated that the NASA mission may have been vulnerable to the much-publicized Log4j exploit. Back in June, the official account for Apache tweeted that the the Ingenuity 2020 mission was powered by its software — and since then, the Register pointed out, NASA has run into at least one bout of communication troubles with the pioneering rotorcraft.

But now NASA says that information was incorrect, and that its Marscopter mission never ran the flawed software.

"NASA’s Ingenuity helicopter does not run Apache or log4j nor is it susceptible to the log4j vulnerability," a NASA spokesperson told Futurism. "NASA takes cybersecurity very seriously and, for this reason, we do not discuss specifics regarding the cybersecurity of agency assets."

And Apache agrees, saying that it was mistaken in its claim that the marscopter used its software.

"We were misinformed that Apache Log4j was part of the Mars 2020 Helicopter mission, and erroneously added it as part of our 'Powered by Apache' campaign," a spokesperson told us. "We have removed the referenced tweet, with our deepest apologies to NASA for the error."

As we'd pointed out previously, there was reason to be suspicious. Back in 2019, hackers gained access to NASA computer systems because of an unauthorized connection to a Raspberry Pi.

But now it looks like any speculation about Ingenuity using Log4j was incorrect.

Updated throughout with new information from NASA and Apache.

More on NASA's recent accomplishments: NASA's Probe Took a Video As it "Touched the Sun" and Wow