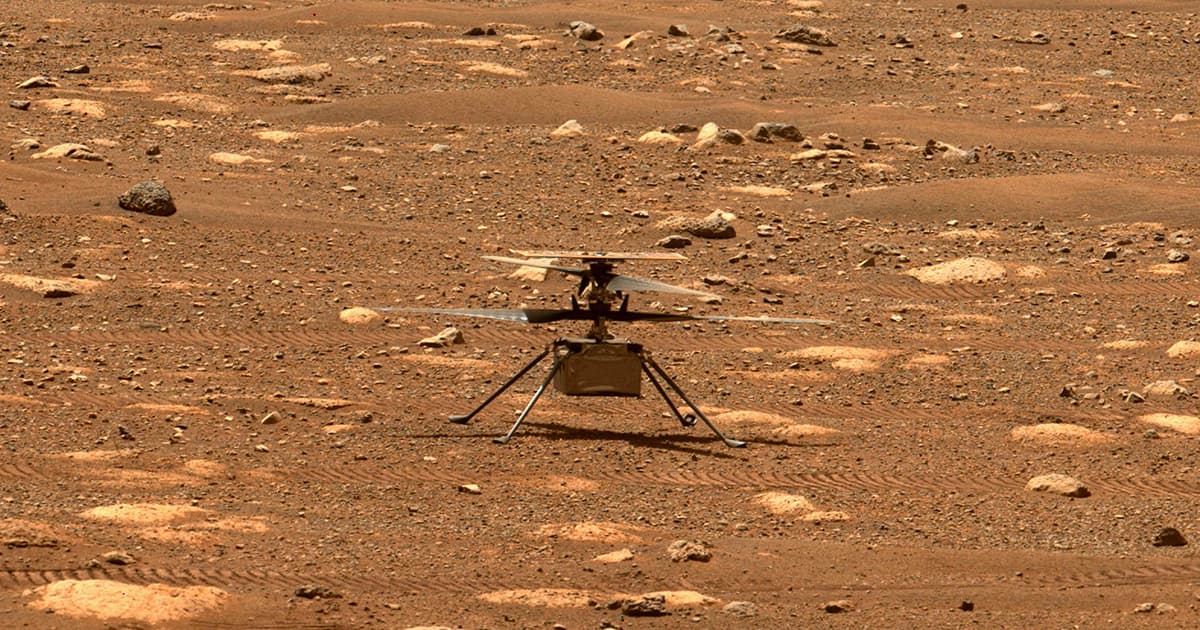 Ingenuity, the four-pound helicopter that NASA shipped up to Mars with its Perseverance rover, just took its seventh flight on the Red Planet.

And unlike its prior flight, this one went off without a single issue, according to Space.com, showing that the little aircraft can still continue its soul-searching journey across Mars long after NASA suspected it might stop working.

"From a helicopter team member: 'No anomalies in flight 7, Ingenuity is healthy!'" the NASA Jet Propulsion Lab tweeted on Tuesday.

The original plan was for Ingenuity to spend its first month or so on Mars buzzing around Perseverance, mainly to test whether or not it was even possible to take flight in Mars' thinner atmosphere. During that time, the helicopter completed five test flights, and it's now off on an extended journey as NASA makes the most of its remaining lifespan.

Another successful flight 👏#MarsHelicopter completed its 7th flight and second within its operations demo phase. It flew for 62.8 seconds and traveled ~106 meters south to a new landing spot. Ingenuity also took this black-and-white navigation photo during flight. pic.twitter.com/amluVq9wbb

This is the second flight in that extended operations period — and thankfully there were no signs of the glitches from its previous trip. During that one, part of Ingenuity's navigation started to bug out, and the little aircraft started to jerk around in midair before landing a little off-target from its expected destination.

In other words, unfortunately for those NASCAR-esque viewers who watch Martian helicopters for the crashes, that bug seems to have been a one time thing.

More on Ingenuity: The Mars Helicopter Has Survived Longer Than NASA Planned