Well, that didn't go according to plan. 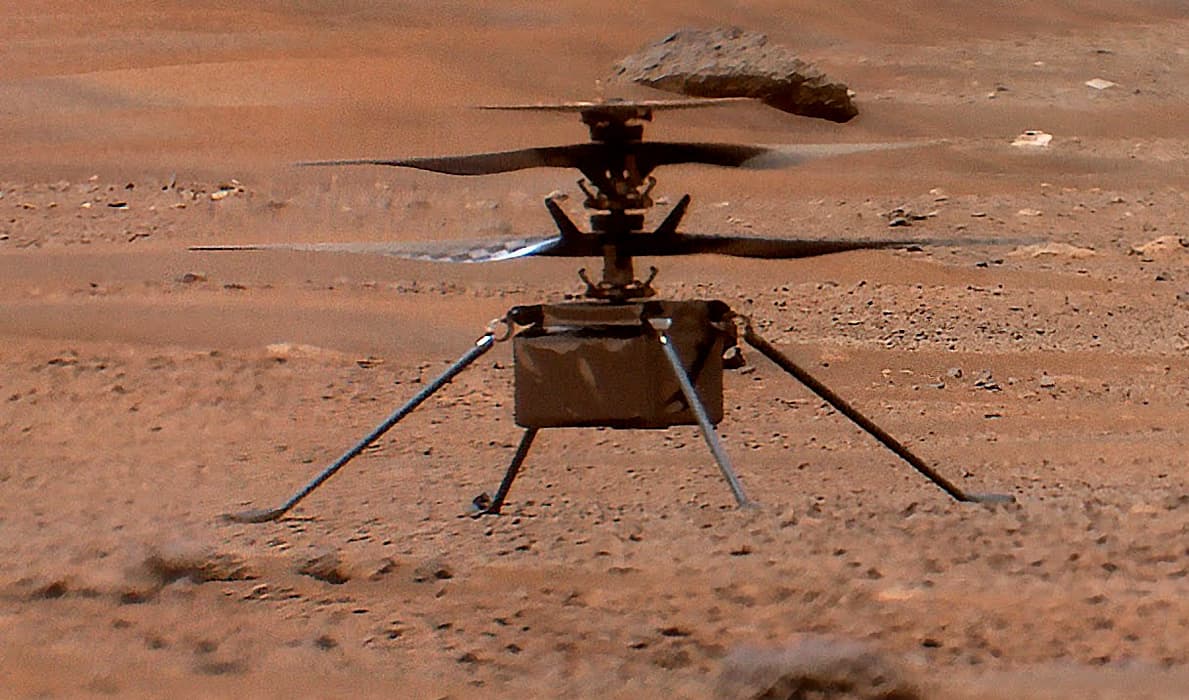 During its sixth flight across the desolate Martian surface earlier this month, NASA's Ingenuity Mars Helicopter experienced a bit of a software glitch.

The tiny four pound rotorcraft "began adjusting its velocity and tilting back and forth in an oscillating pattern" according to an official update, just after covering just over 500 feet.

The event forced it to make an emergency landing some 16 feet away from the intended touchdown site.

Things got pretty shaky during the tiny helicopter's flight, with onboard sensors showing "roll and pitch excursions of more than 20 degrees, large control inputs, and spikes in power consumption," according to the update written by Ingenuity's chief pilot Håvard Grip at NASA's Jet Propulsion Lab (JPL).

In other words, something forced it to adjust its regular flying pattern and fly more erratically than originally planned — an unfortunate hiccup following an otherwise perfectly completed series of historic flights.

Ingenuity is capable of adjusting control inputs 500 times per second thanks to a sophisticated inertial measurement unit (IMU) that can track its accelerations and rotation rates.

In addition to this IMU, Ingenuity uses its navigation camera to see where it is going and where it currently is. Unfortunately, 54 seconds into its sixth flight, a glitch occurred in the pipeline of images taken by this navigation camera, as Grip explained.

"This glitch caused a single image to be lost, but more importantly, it resulted in all later navigation images being delivered with inaccurate timestamps," Grip wrote in the update. That means the helicopter was "operating on the basis of incorrect information about when the image was taken."

As a result, Ingenuity started spiraling.

Fortunately, it managed to stay airborne and safely land about 16 feet away from the originally intended landing location — in large part thanks to the Ingenuity team thinking ahead and allowing for an "ample stability margin," according to Grip.

Despite the hairy moment, the Ingenuity team isn't dismayed.

"In a very real sense, Ingenuity muscled through the situation, and while the flight uncovered a timing vulnerability that will now have to be addressed, it also confirmed the robustness of the system in multiple ways," Grip argued.

In fact, there may be a silver lining: the incident could allow the team at JPL to analyze data from when the helicopter was performing in unexpected ways.

We're glad Ingenuity made it through its sixth flight intact. May it fly many more times in the future.

More on Ingenuity: The Mars Helicopter Has Survived Longer Than NASA Planned

Read This Next
Shoo
Scientists Warn Giant Asteroid Is Actually Swarm, Nearly Impossible to Destroy
A Sip of Opal
NASA Discovers Precious Gemstones on Mars
Moon Wrestling
The Head of NASA Is Scared Chinese Astronauts Will Seize Portions of the Moon
Shot Well
Head of NASA Relieved to Hear Elon Musk Isn't REALLY Running SpaceX
Little Boxes
One Silly Little Detail Is Reportedly Delaying Artemis II by Years
More on Off World
Exoplanet Dance
6:32 PM on the byte
Scientist Releases Amazing Video of Exoplanets Orbiting Distant Star
Space Junk News
5:06 PM on the byte
Two Large Chunks of Space Debris Just Almost Collided in an Epic Disaster
Mars Drop
2:16 PM on the byte
NASA's Mars Rover Perseverance Just Dropped Off Its Last Sample
READ MORE STORIES ABOUT / Off World
Keep up.
Subscribe to our daily newsletter to keep in touch with the subjects shaping our future.
+Social+Newsletter
TopicsAbout UsContact Us
Copyright ©, Camden Media Inc All Rights Reserved. See our User Agreement, Privacy Policy and Data Use Policy. The material on this site may not be reproduced, distributed, transmitted, cached or otherwise used, except with prior written permission of Futurism. Articles may contain affiliate links which enable us to share in the revenue of any purchases made.
Fonts by Typekit and Monotype.