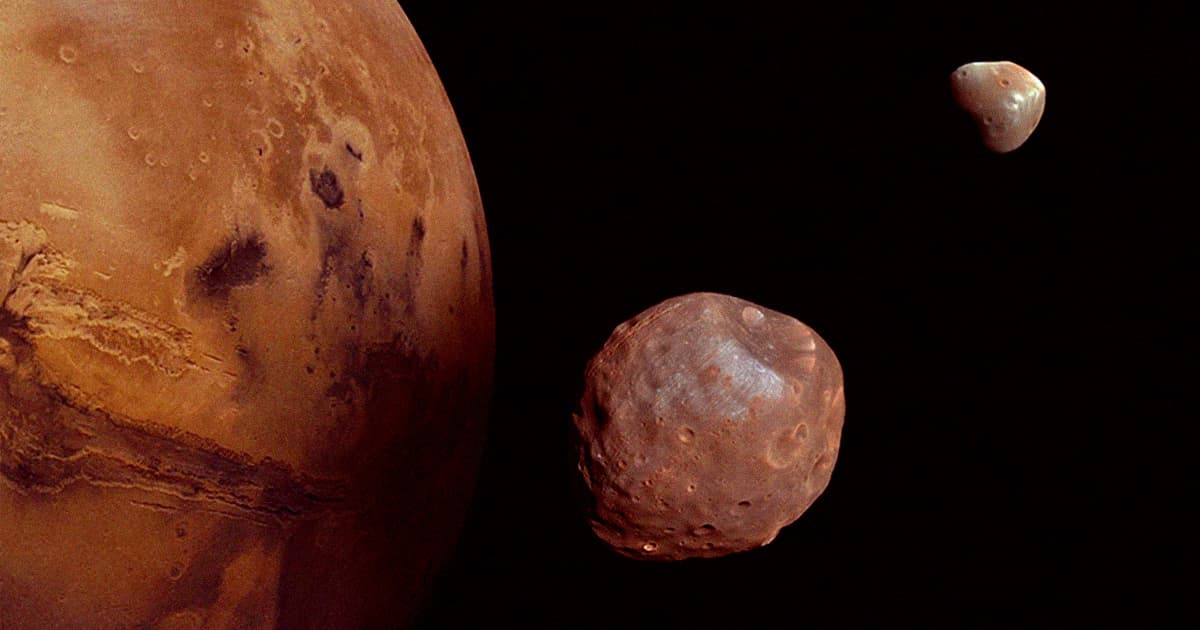 A Stolen Chunk of Earth's Moon Seems to Be Orbiting Mars

Hey! Give that back!

Hey! Give that back!

According to a new study, a chunk of the Earth's Moon may be orbiting Mars.

There's an asteroid in an eccentric orbit of Mars called (101429) 1998 VF31, which scientists at the Armagh Observatory and Planetarium (AOP) in Northern Ireland have now determined to have a strikingly similar spectrograph reading to the Moon, according to a press release. After being blasted away by some sort of ancient collision in orbit, they suspect 101429 got trapped by Mars' gravitational pull instead.

The AOP team's research, published in the journal Icarus, found that the chemical signatures of the asteroid 101429 are extremely similar to our Moon, suggesting that it was dislodged during the solar system's prehistory.

"The spectrum of this particular asteroid seems to be almost a dead-ringer for parts of the Moon where there is exposed bedrock such as crater interiors and mountains," AOP researcher Galin Borizov said in the release.

The study doesn’t rule out the possibility that the asteroid is actually a fragment of Martian rock or an asteroid that just happens to be much like the Moon, but the similarity to our moon is difficult to ignore. And our solar system's turbulent past makes it possible that our Moon fragmented after getting slammed in a collision.

"The early Solar System was very different from the place we see today," AOP astronomer Apostolos Christou said in the release. "The space between the newly-formed planets was full of debris and collisions were commonplace. Large asteroids were constantly hitting the Moon and the other planets."

More on the Moon: The Moon is Getting Cell Service