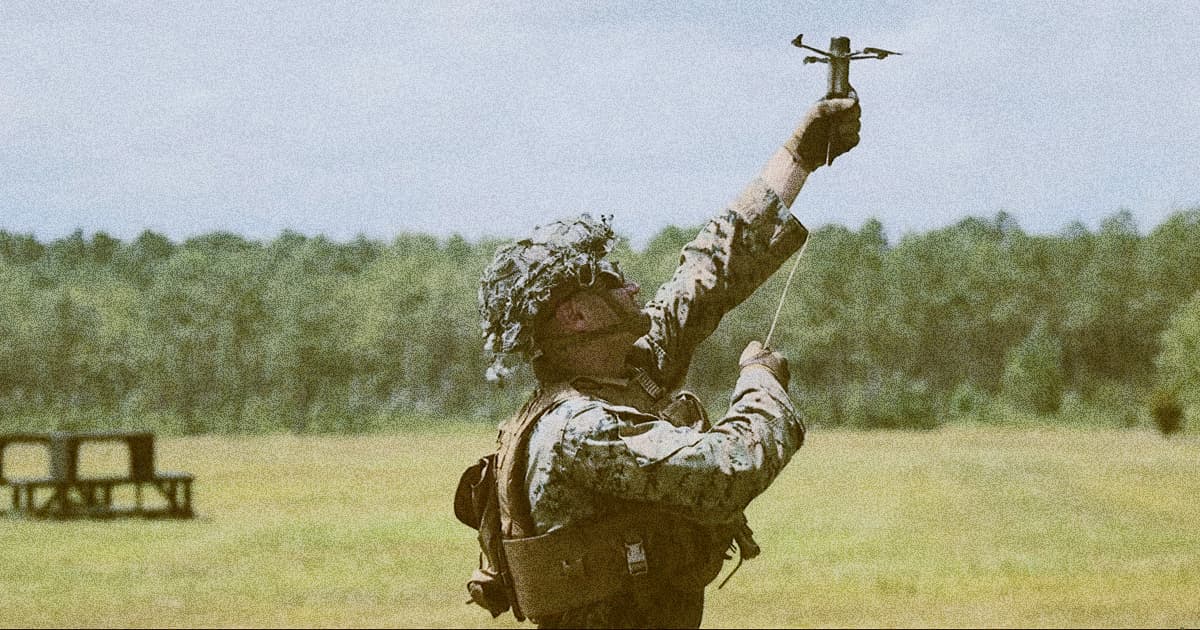 The drone can ferry a live grenade up to 12 miles away.

The drone can ferry a live grenade up to 12 miles away.

As prominent militaries around the world try to develop sophisticated killer robots, the US Marines are taking a simpler yet still brutal approach: sticking a grenade onto a tiny drone and steering it to blow up their enemies.

The device, named a "Drone 40" modular quadcopter in reference to the 40mm grenade launcher, provides soldiers with a way to lob explosives to targets that would typically be out of reach, Popular Science reports, or to leave the grenades hovering in the air like a sort of aerial landmine. Though the concept is simple compared to other bleeding-edge military tech, recent Drone 40 field tests highlight the ways that robotic and semi-autonomous tech is already permeating the face of combat.

In recent field tests, Marines practiced throwing and launching the small quadrotor drones. According to specs, the drone can stay in the air for an hour, travel at speeds up to 45 miles per hour, and travel up to 12 miles away before detonating. The idea is to make the grenade far more effective and dangerous than normal, especially for infantry who would otherwise be limited by their throwing arms.