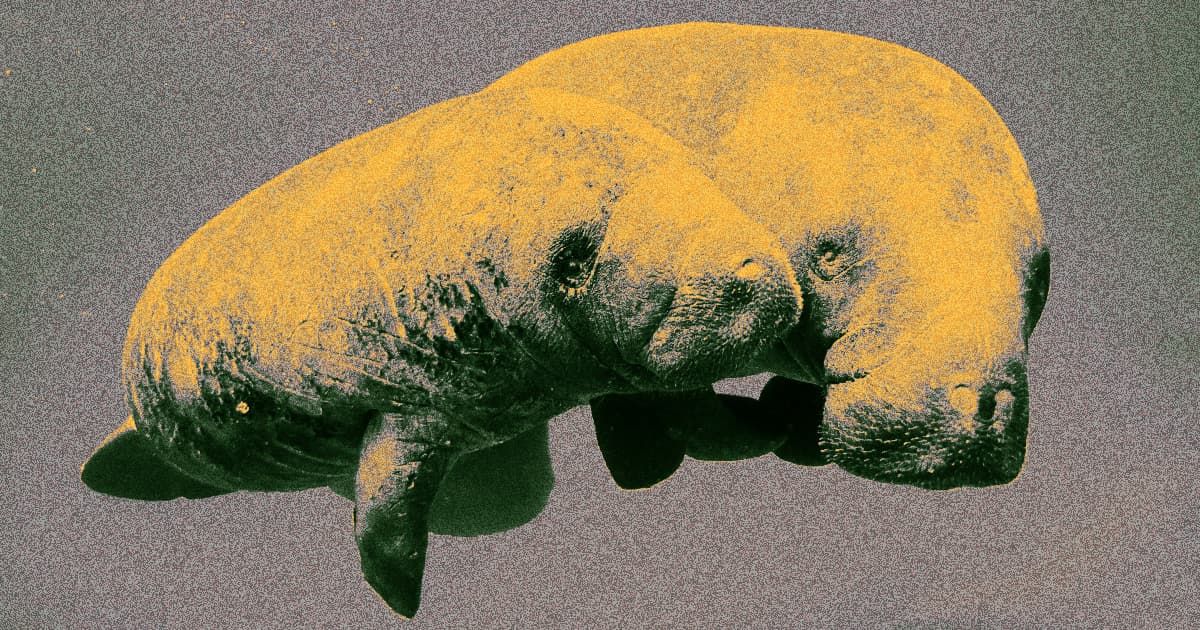 "They have been eating their body from the inside, trying to stay alive because there is no food."

"They have been eating their body from the inside, trying to stay alive because there is no food."

As Florida's fragile ecosystems crumble under the ravages of climate change, beloved local wildlife is finding it hard to survive.

That became especially evident when the bodies of 677 manatees washed up along the state's east coast between December 2020 and May 2021, as the Orlando Sentinel reports. The winter is usually tough for the local manatee population, but experts examining the bodies quickly realized that the culprit was starvation — and the result of pollution alongside the effects of human-induced climate change.

Many surviving manatees in the area find themselves in similarly bad shape. As they lose fat, the manatees become less buoyant and, coupled with their hunger, often struggle to surface for air. Officials on the ground, who lack experience handling such a massive die-off, reported gruesome scenes like manatees weighing half as much as they should, suffering from organ failure, and even having their own bones pierce their skin from the effort of pushing themselves up to breathe, according to the Sentinel.

Rescue groups are trying to tend to the survivors, but each manatee requires about a year of expensive, labor-intensive rehabilitation before they can head back out into the wild.

"They have been eating their body from the inside, trying to stay alive because there is no food," Seaworld Orlando's head of wildlife rehabilitation Jon Peterson told the Sentinel. "I don't know if it hurts them because I'm not a manatee but I can tell you that if you haven't eaten for a week or two weeks, there is pain."

The problem stems from the fact that the manatee's lagoon habitat has become so overrun with pollution that it's now transitioning from a clear-water environment to one dominated by algae, experts told the Sentinel. The algae blocks light from reaching the bottom of the water, starving out the sea grass that serves as food for the gentle beasts.

"In other parts of the world, they've seen systems like that shift to a new, steady state of murky water dominated by algae," Florida ecological director of the US Fish and Wildlife Service Larry Willaims told the Sentinel. "Some of the scientists say that what we are seeing right now is the flickering transition to that new, steady state."