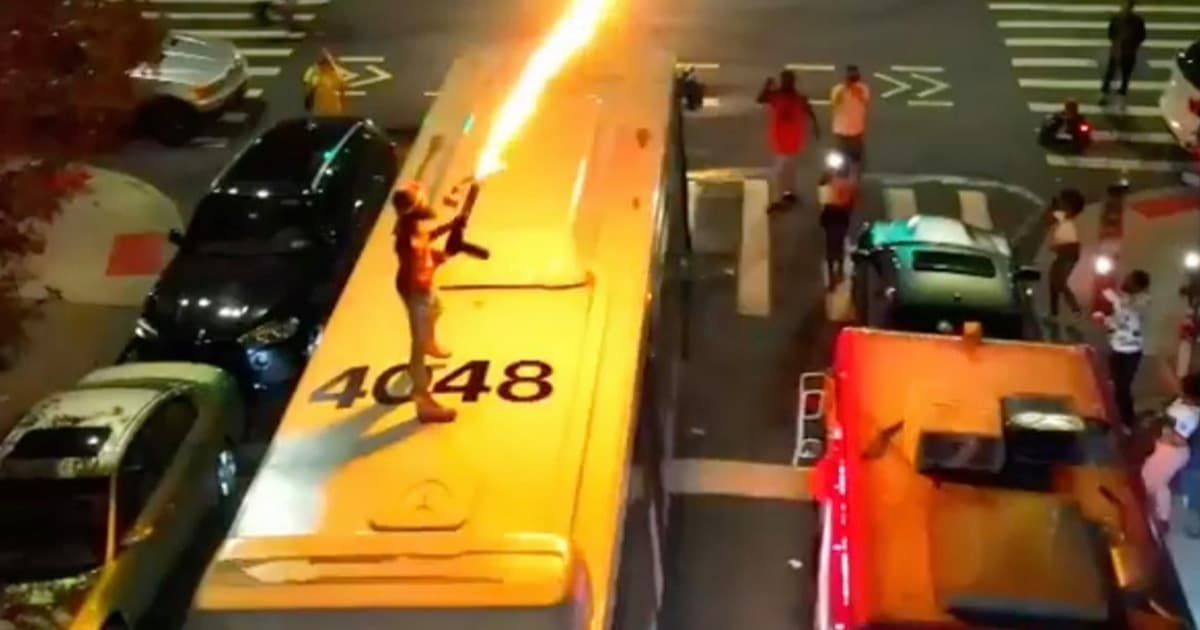 "We don't even need to say how absurd, dangerous and just plain stupid this was."

"We don't even need to say how absurd, dangerous and just plain stupid this was."

Last week, someone climbed on top of an occupied New York City bus and started firing a powerful flamethrower into the air.

No one was hurt during the stunt, which NBC reports is currently under police investigation. Investigations began after drone footage of the event surfaced online — and now it seems like the bizarre pyrotechnics are illustrating the convergence point of robotic surveillance, advanced weapons, and aggressive social media stunts.

NYC OUT OF CONTROL: Man with a FLAMETHROWER stands on top of a Bus and fires away at the public. @NYCMayor @NYPDnews

Officials say that the flamethrower guy was part of a staged stunt, perhaps for a music video. A crowd can be seen gathering around and watching — rather than fleeing for their lives — from the gentleman waving a flamethrower in front of them.

Spectators were invited in advance, NBC reports, and free ice cream and t-shirts were being distributed. But city officials say they never authorized the event, and it seems the bus passengers weren't in on the joke.

The social media videos are connected to the artist Dupree G.O.D., who's now wanted by police over the stunt. Flamethrowers are still technically legal in New York, but presumably jumping on a bus while firing one isn't.

"We don't even need to say how absurd, dangerous and just plain stupid this was," Metropolitan Transportation Authority Communications Director Tim Minton told NBC. "The reckless individual who torched over the top of an occupied city bus put New Yorkers, including the bus operator, in life-threatening peril."

More on flamethrowers: Get Ready: "Flamethrower Drones" Are About To Go on Sale

Horrible Geese
Furious Geese Are Defeating Humans, Scientists Find
Yesterday
Read More
Quacks Like a Duck
Those Headlines About Scientists Building a Wormhole Are Total Nonsense, People
Dec 1
Read More
Falling In
Objects We Thought Were Black Holes May Actually Be Wormholes, Scientists Say
Nov 15
Read More
+Social+Newsletter
TopicsAbout UsContact Us
Copyright ©, Camden Media Inc All Rights Reserved. See our User Agreement, Privacy Policy and Data Use Policy. The material on this site may not be reproduced, distributed, transmitted, cached or otherwise used, except with prior written permission of Futurism. Articles may contain affiliate links which enable us to share in the revenue of any purchases made.
Fonts by Typekit and Monotype.