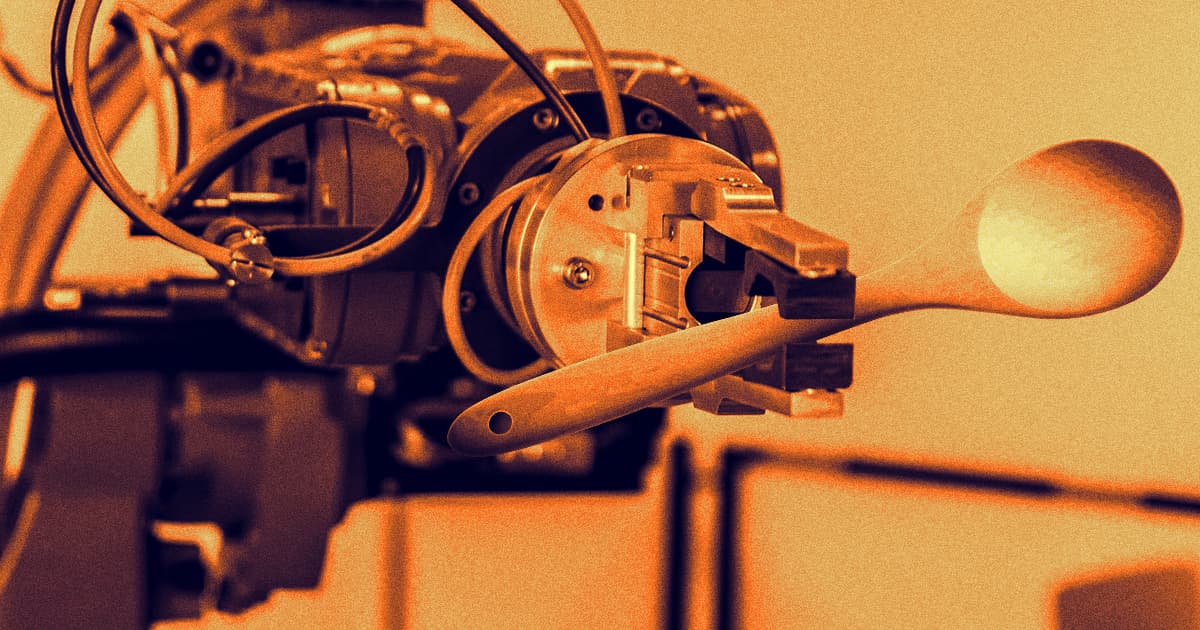 Man With Neurodegenerative Disease Builds Robot to Feed Himself

After 39-year-old engineer Matt McKeown was diagnosed with the neurodegenerative disease ALS, he quickly bought and built as many tools as he could to try and make up for his weakening muscles.

When McKeown's fingertips became paralyzed, he started to grip things with pliers, for instance. Eventually, he built himself a personal assistant robot to help him feed himself when he could no longer grip silverware, the Detroit Free Press reports. The robot, which can scoop up food for McKeown or help him drink water, came from a need to remain as independent and self-sustaining as possible — without shelling out thousands of dollars for a commercial version.

McKeown's robot, which he built with the help of a friend, cost just $300, according to the Detroit Free Press. Consumer assistive feeding robots available for purchase can cost up to 20 times that amount, making it an unrealistic purchase for many people living with ALS.

"It just seemed wrong to charge that much for something that could be so helpful so that’s why I decided to do it myself with the help of my very talented friend," McKeown told Detroit Free Press.

Aside from his own robot, McKeown has been participating in clinical research and also cataloging the various tools that he's been able to use to help him maintain his independence so that others with the disease might be able to follow suit.

"There’s no hope of a cure or finding a better drug at this point, but you just want to try to make the future better than the present," McKeown told the Detroit Free Press.

READ MORE: When this Michigan man with ALS couldn't feed himself anymore, he built his own feeding robot [Detroit Free Press]