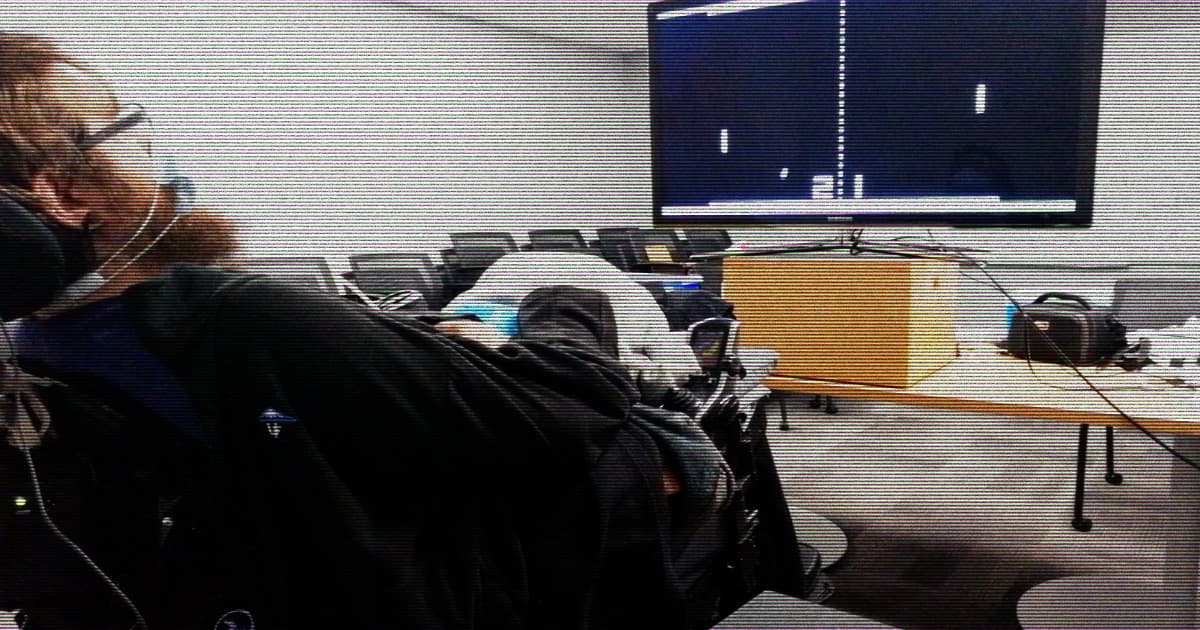 “We are preparing and training already.”

“We are preparing and training already.”

A man with a brain implant has challenged Neuralink’s monkey to a game of mind Pong.

Yes, you read that right.

Nathan Copeland threw down the gauntlet after seeing Neuralink’s video of their rhesus monkey playing Pong using a brain implant, according to MIT Technology Review.

Copeland is paralyzed from a car accident, but retains limited mobility in his shoulder and hand. He received a brain implant from a different company last year that allows him to play video games such as Sonic the Hedgehog. Now he wants to go brain-to-brain with Neuralink’s monkey.

"As soon as I saw it I said, 'I wonder if I could beat that monkey,'" Copeland told MIT Tech.

Like any champion, Copeland is taking the challenge seriously and is prepping himself for the potential showdown.

"We are preparing and training already," he told MIT Tech.

Though it would be the first time a monkey and a human have engaged in such a brain battle, there are more resources than ever to make it happen. The game could easily be streamed to millions online via YouTube or Twitch. In fact, Copeland maintains a Twitch profile under the username crossbred900 that he hopes will take off one day.

"I could get my ass beat," Copeland told the publication. "But yeah, I would play."

Copeland’s brain implant is called a "Utah array" and he’s had it since March 2020. He frequently works with a team at the University of Pittsburgh on experiments where he moves robotic arms and operates computers using the implant.

He’s since been able to use it to do things like browse the internet and even draw pictures using digital painting apps.

"It got me through the pandemic," he told MIT Tech.

If Neuralink takes him up on his challenge, this could be a huge spotlight on the potential applications of brain implant technology. Monkey gaming aside, it can greatly enrich the lives of those with limited mobility.

More on Neuralink: Neuralink Releases Video of Monkey Playing Pong With Its Mind