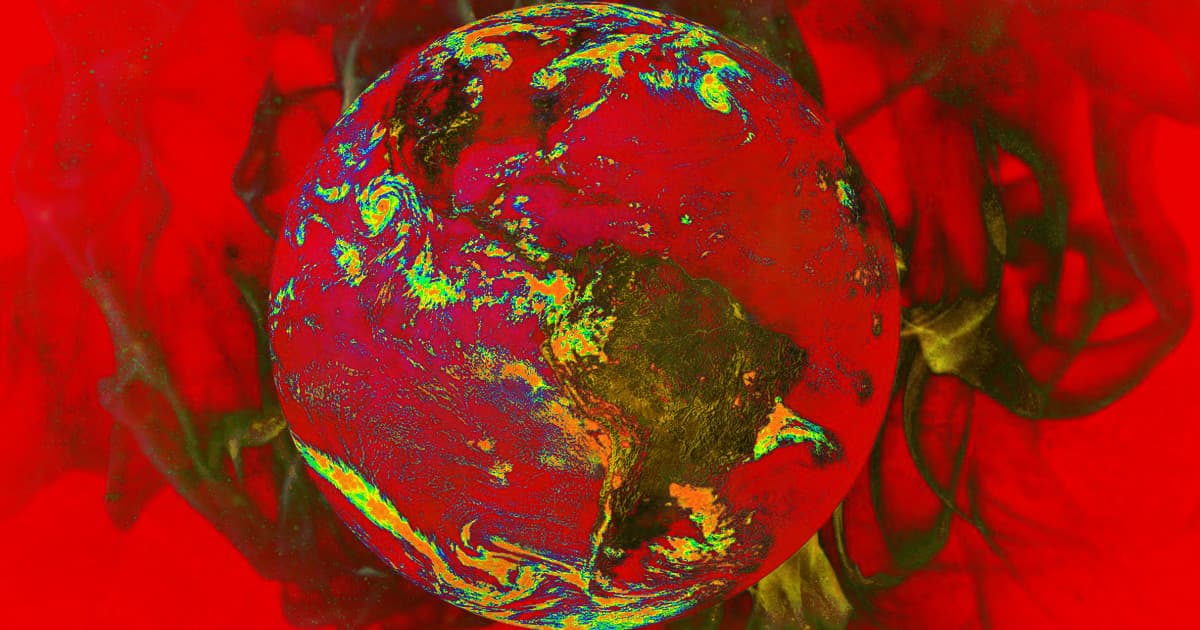 The Majority of Gen Z Thinks Climate Change Is Inevitable

"Slowly the world is going to chaos."

"Slowly the world is going to chaos."

The majority of Generation Z — that's people born after 1996 or so — believes that the progression of global climate change is inevitable.

A survey conducted by Morning Consult found that 49 percent of Zoomers feel that humanity has the capacity to slow down — but not stop — climate change, while just 26 percent think we'll be able to bring it to a halt. Another eight percent believe that climate change is beyond our control. As one survey respondent commented, "Slowly the world is going to chaos."

Of course, some Zoomers seem to be carrying on the tradition of climate denialism.

Small percentages of respondents dismissing climate change as either a hoax, a natural phenomenon that humanity has little influence over, or even the act of god.

It's not a huge surprise that Gen Z isn't horribly optimistic about climate change, given that it's already causing mass extinction, devastating weather, and other problems around the world.

But if there is an upshot to the results, it's that Zoomers seem interested in trying to turn things around. The survey also gauged their interest in working in various industries, and found that solar, wind, and hydropower jobs were particularly appealing — while most respondents said they weren't interested in the fossil fuel sector at all.

READ MORE: Gen Z Largely Believes Climate Change Is Inevitable, Though Roughly Half Think It Can Be Slowed [Morning Consult]