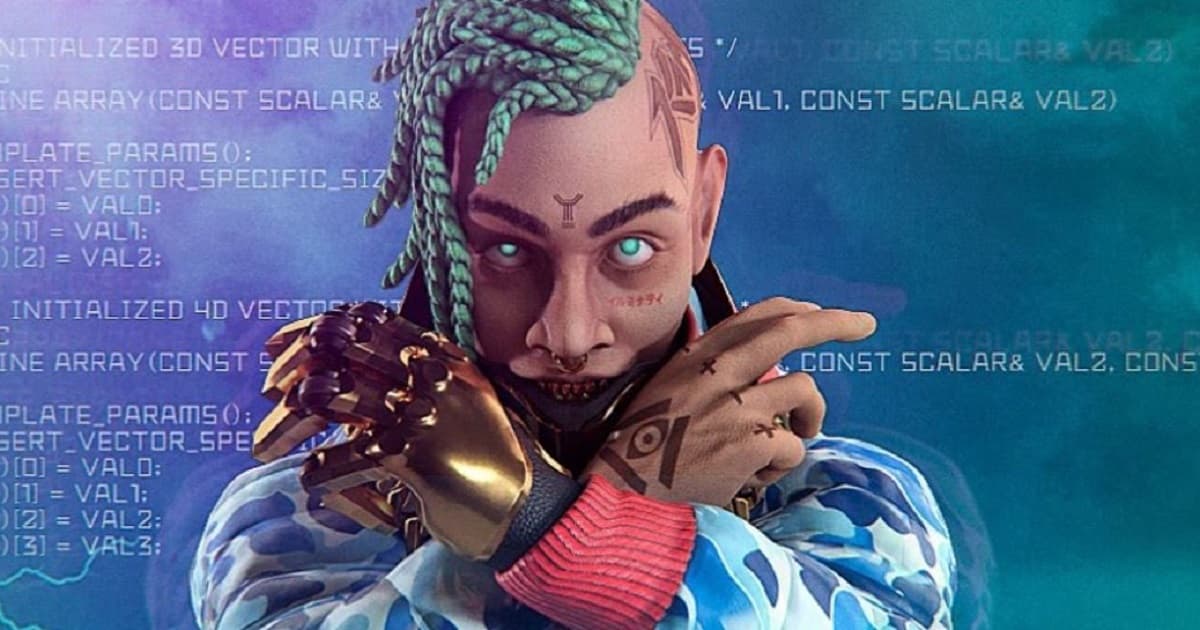 Major Record Labels Signs Virtual Rapper Who Is An AI

Major record label Capitol Records has added another artist to its lineup of heavyweights — but this one is a little less, shall we say, tangible, than the others.

Known as FN Meka, the artist is an AI-powered rapper, and has already garnered over ten million followers on TikTok, where it posts videos of its 3D avatar imposed in the real world doing everything from grilling in a Rolls Royce to flexing its Bugatti Chiron shaped jet.

The virtual celebrity is reported to be the first AI artist to sign with a major label, and has collaborated with the certified platinum rapper Gunna in a new single called "Florida Water."

The virtual rapper's songwriting process isn't entirely transparent, but its creators claim that all its music — from lyrics to chord progressions — is "based on AI," while the vocals are performed by a human studio musician.

What is transparent, however, is its creator’s intentions. In an interview with Music Business Worldwide last year, Anthony Martini, who co-founded the label Factory New which created FN Meka, said that the "old model of finding talent is inefficient and unreliable."

"Now we can literally custom-create artists using elements proven to work," Martini continued, "greatly increasing the odds of success. Even if we can get to 2% success rate then we’ve doubled the industry standard."

Many aren't thrilled with FN Meka's signing, with some taking to social media to call it "an attack on artists," and criticizing the AI's use of the n-word.

One Twitter sleuth dug up an old post on FN Meka's Instagram, which tastelessly depicts the rapper being beat up by a prison guard. "An AI rapper that says the n-word fabricating police brutality," they wrote. "Literally every single thing about this is so off-key."

"A white dude really made an AI that can rap then made a brown skin sprite for it called it FN Meka and it got signed to [Capitol Records]," another user tweeted.

It all stinks of cultural appropriation and a cynical attempt of manufacturing a bankable "star" out of nowhere. But whatever we may think of the move, Capitol clearly sees dollar signs.

More on virtual influencers: This CGI Influencer Is Shilling For More Than 100 Brands

Uncanny Marketing
Facebook Exec Defends Verifying Fake CGI People on Instagram
Apr 5
Read More
Singularity Thoughts
Neuralink Co-Founder Predicts That Humanity Will Get "Wrecked"
10. 1. 21
Read More
Crime-Fighting AI Put a Guy in Jail for a Year With Little Evidence
8. 19. 21
Read More
+Social+Newsletter
TopicsAbout UsContact Us
Copyright ©, Camden Media Inc All Rights Reserved. See our User Agreement, Privacy Policy and Data Use Policy. The material on this site may not be reproduced, distributed, transmitted, cached or otherwise used, except with prior written permission of Futurism. Articles may contain affiliate links which enable us to share in the revenue of any purchases made.
Fonts by Typekit and Monotype.