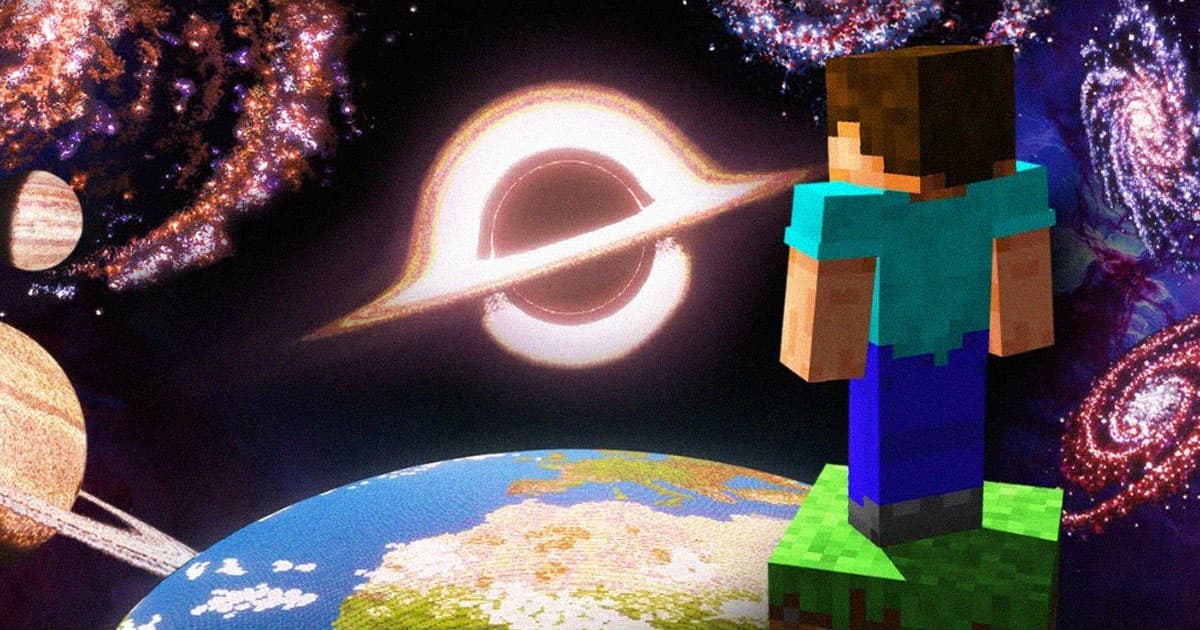 If the internet has proven anything over the past decade, it’s that extremely dedicated Minecraft players are capable of creating just about everything in the beloved video game. From depicting nearly all of Middle Earth to an actual, working computer capable of running Tetris, you could say the sky’s the limit and still be guilty of a lack of ambition.

Pushing that limit, a Minecraft player by the username ChrisDaChow has recently shared one of the most out-of-this-world builds to date: the "entire universe."

"I built the entire Universe in Minecraft!" reads the title of Chris’ viral Reddit thread.

Of course, the remarkable build doesn’t actually encompass the entire universe. Rather, it’s a beautiful roundup of iconic celestial exotica — and is still mindboggling in scale.

Among the most noteworthy of cosmic wonders showcased here include the Sun and planets of our solar system, the Pillars of Creation, a black hole inspired by the 2014 film "Interstellar," and a spherical representation of the large scale structures of the whole universe. Hell, they even built a supercluster.

You can see a quick snapshot of all the builds in the Reddit thread, or you can watch how Chris built the whole thing in a full YouTube video. However you choose to view it, the results are stunning.

Chris says the project took a month and a half of intensive work to complete. Mods like WorldEdit played a major part, both speeding up the building process and allowing him to "paint" with light by manually adjusting the in-game lighting.

Don’t be fooled: using mods definitely does not undermine the impressiveness of this creation. We could all use a moment to stop and marvel at the boundless miracles of the cosmos — even if it’s in Minecraft.

More on the Minecraft: Thousands of People Are Teaming Up to Build New York City in Minecraft