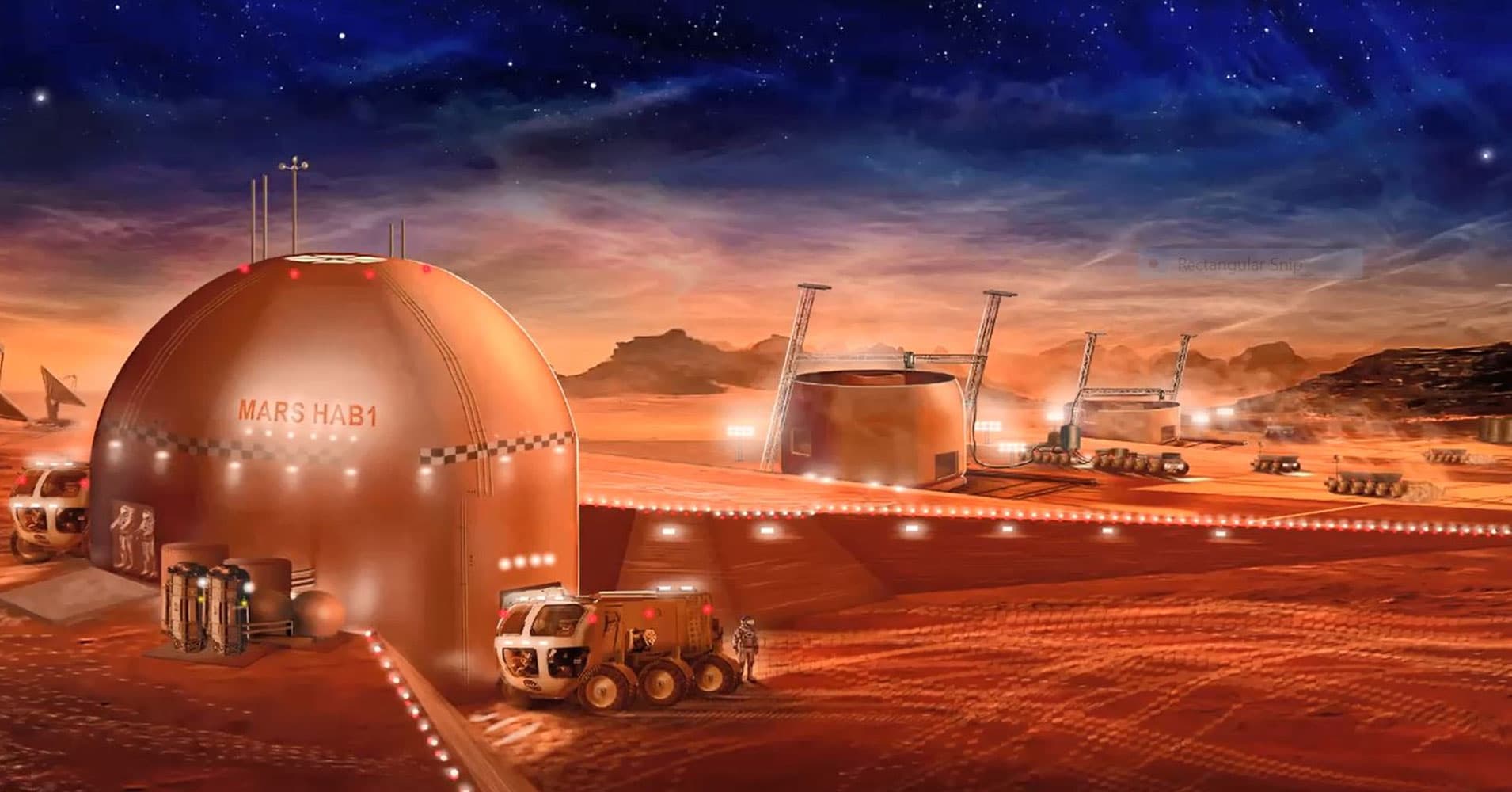 One startup is learning to manufacture goods out of raw materials on the Red Planet.

One startup is learning to manufacture goods out of raw materials on the Red Planet.

The cost of transporting construction materials to Mars would be astronomical. So if we want to settle the Red Planet, we'll need to figure out how to make use of its natural resources.

At least, that's the idea behind Made of Mars, a new company that says it's developing the technology to convert Martian rocks and minerals into materials future astronauts can use to "build the space civilization of tomorrow."

Made of Mars is a side project for founder John Skok, who also works as a planetary scientist studying Mars at the SETI Institute, a not-for-profit organization focused on the hunt for extraterrestrial life.

Slok wrote in a post on the SETI blog that Made of Mars's first product will be a fabric made of volcanic basalt. Basalt is plentiful on Mars, but it's also easy to find on volcanic islands such as Hawaii and Iceland. Made of Mars is developing a process in which it melts basalt down, stretches it out into long threads, and weaves it into durable fabrics. According to Skok, these fabrics could be useful on Earth as well as the Red Planet.

"Basalt may be a solution toward sustaining our home planet," he wrote in the SETI post. "It is one of the most abundant and widespread resources on Earth. Basalt is continuously erupting on the surface and requires no chemicals to process. Unlike cotton, it does not compete with food production. Unlike synthetics, it does not come from fossil fuels."

For now, Made of Mars is a strictly Earthbound venture. To raise funds, it's running a Kickstarter campaign in which backers can buy wallets and laptop cases made out of volcanic basalt.

Only time will tell whether the company's tech ever makes it into space. But Made of Mars does present a compelling vision of a sustainable future both on and beyond Earth.

READ MORE: A Future Made of Mars [SETI Institute]

Warped Perspective
Scientists Propose Method for Detecting Alien Warp Drive Activity
12. 20. 22
Read More
Outing Life
Swiss Government Scientist Says We May Be on the Brink of Discovering Alien Life
9. 13. 22
Read More
Aquatic Aliens
Experts Puzzled by Harvard Scientist Looking for Alien Wreckage in Ocean
9. 2. 22
Read More
+Social+Newsletter
TopicsAbout UsContact Us
Copyright ©, Camden Media Inc All Rights Reserved. See our User Agreement, Privacy Policy and Data Use Policy. The material on this site may not be reproduced, distributed, transmitted, cached or otherwise used, except with prior written permission of Futurism. Articles may contain affiliate links which enable us to share in the revenue of any purchases made.
Fonts by Typekit and Monotype.