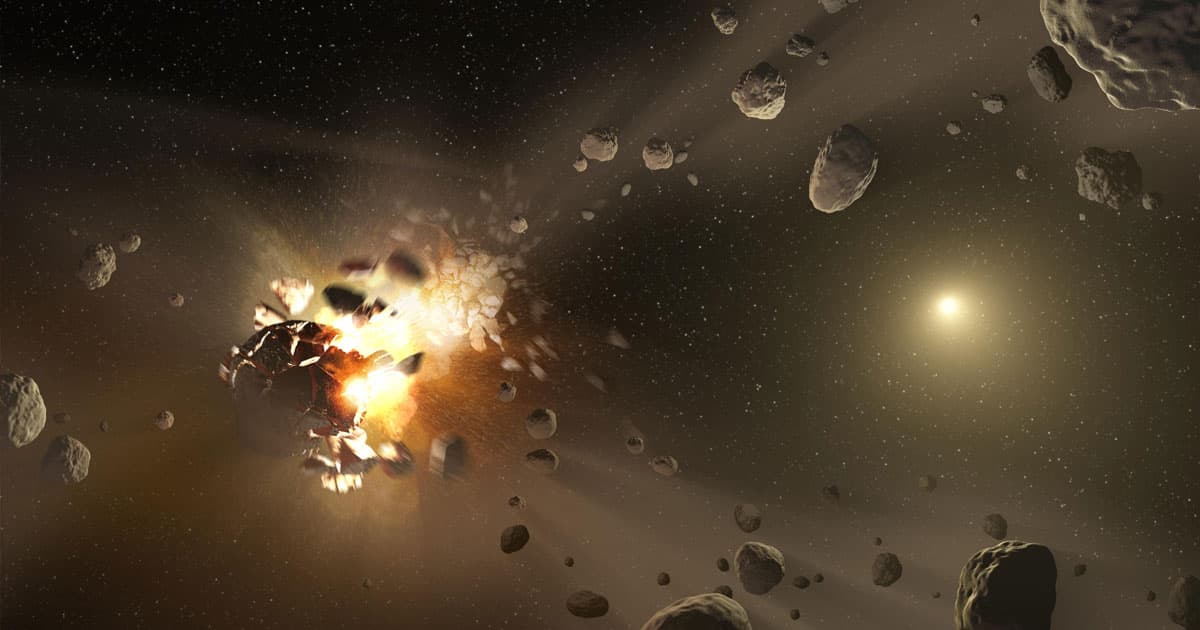 New Theory: Life on Earth Came From Impact With Another Planet

The same collision that broke the Moon off the Earth might have also caused living organisms.

The same collision that broke the Moon off the Earth might have also caused living organisms.

According to a provocative new paper, a catastrophic impact with a "Mars-sized planet" may have broken the Moon off the Earth more than four billion years ago — and left behind the building blocks that led to life on the Blue Planet.

"This study suggests that a rocky, Earth-like planet gets more chances to acquire life-essential elements if it forms and grows from giant impacts with planets that have sampled different building blocks, perhaps from different parts of a protoplanetary disk," co-author Rajdeep Dasgupta said in a blog post about the research.

In the paper, which was published this week in the journal Science Advances, Dasgupta and his colleagues at Rice University probe a longstanding question: How did the Earth obtain its life-essential carbon and nitrogen, which are generally rare in the inner solar system?

To investigate the origins of life on Earth, they conducted experiments to simulate the high-temperature and high-pressure conditions that would emerge if two planets smashed into each other. Their conclusion: Earth likely got its carbon and nitrogen from an apocalyptic collision with an "embryonic planet" with a sulfur-rich core.

Dasgupta is a longstanding advocate of the theory that an ancient impact broke off the chunk of matter that became the Moon and gave Earth the materials that led to life as we know it. But these latest experiments, he believes, are crucial new evidence — and could lead to a new understanding of how life on Earth came to be.

The analysis "shows that life-essential volatiles can arrive at the surface layers of a planet, even if they were produced on planetary bodies that underwent core formation under very different conditions," Dasgupta said in the post. "That means we can broaden our search for pathways that lead to volatile elements coming together on a planet to support life as we know it."

More on planetary collisions: Scientists Assert That Earth Is Really Made of Two Different Planets