Massive Collision 4.4 Billion Years Ago Might Have Made Life on Earth Possible

The Earth we know may be a product of a clash of planets. 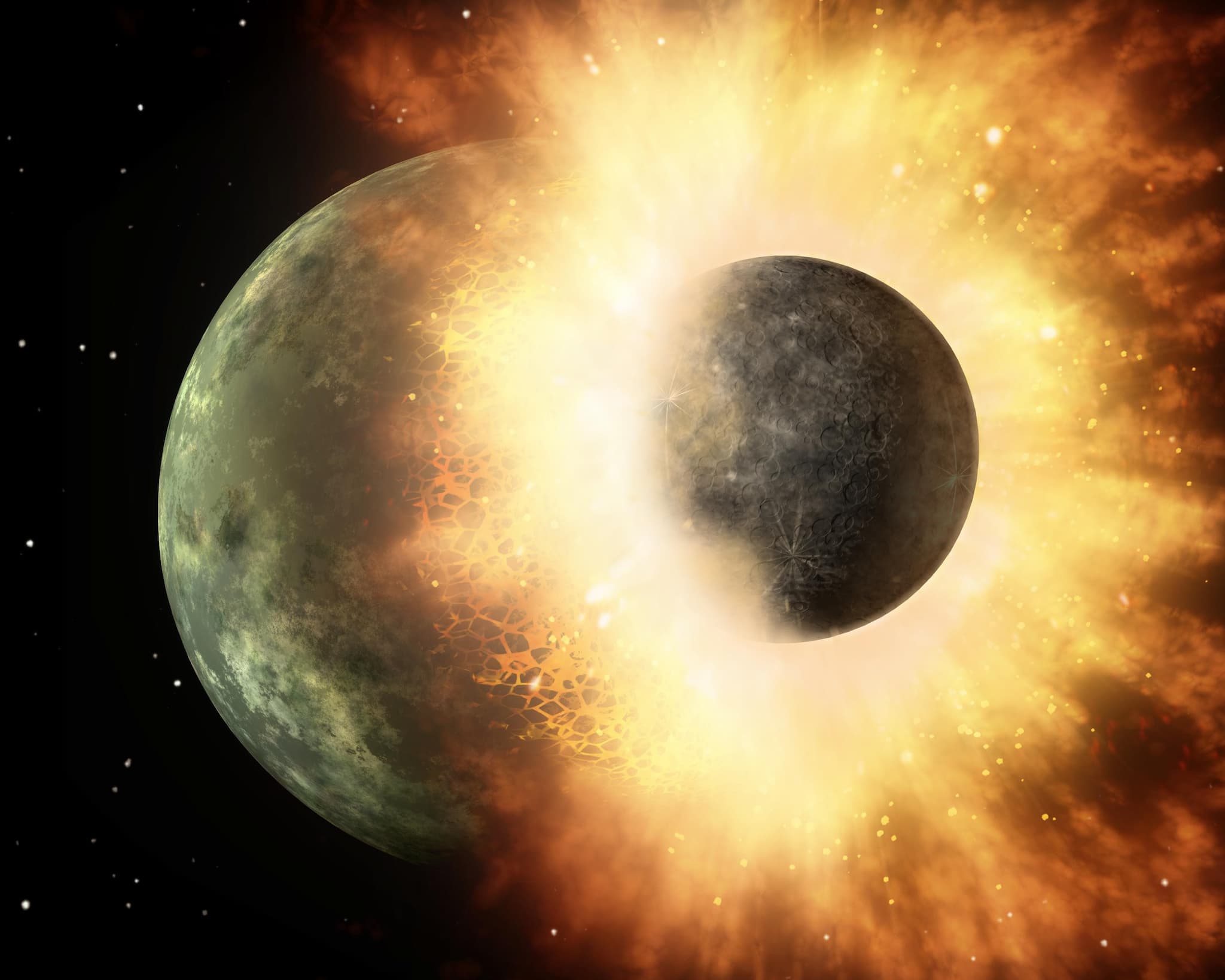 How did volatile elements, like carbon, manage to stay in the Earth's mantle?

According to planet formation theories, any volatile element should have boiled away during the Earth's molten days some billions of years ago, or should have melded with the earth's core. Instead, carbon and the other elements that made life possible, stayed in the planet's mantle.

How did carbon life on Earth begin? Scientists from Rice University stumbled upon a (literally) earth-shattering, but plausible answer.

Petrologist Rajdeep Dasgupta proposes that the Earth could have been hit by an embryonic planet, similar to Mercury, some 4.4 billion years ago.

The researchers at Rice were not convinced by the popular theory that meteorites added the volatile elements when the Earth's surface was a lot more stable.

They tried a different scenario.

Moving away from metal with strong affinity for carbon, the usual supposed initial core composition of planets, the researchers opted for sulfur-rich and silicon-rich alloys, mimicking the cores of Mars and Mercury. "It was a compositional spectrum that seemed relevant, if not for our own planet, then definitely in the scheme of all the terrestrial planetary bodies that we have in our solar system," says Dasgupta.

The researchers recreated the probable conditions of the collision in a high-pressure, high-temperature experiment. The result: carbon would have stayed in the mantle if the core was rich in silicon or sulfur. And this would have been possible if an embryonic planet with a silicon-rich core collided and combined with the Earth's own core.

If this is true, the answer to the question of what happens when worlds collide may turn out to be: life.

The study was published in the journal Nature Geoscience.

Read This Next
Trees Such as These
Research: Planting Trillions of Trees Could Cancel Out CO2 Emissions
Futurism
Scientists Are Engineering Carbon-Storing Plants to Fight Climate Change
Futurism
If We Want To Survive, We Need To Go Carbon-Neutral
Futurism
Captured CO2 Can be Directly Recycled into Methanol Fuel
More on Earth & Energy
Reptilian Revenge
8:50 PM on the byte
Saboteur Iguana Causes Mass Power Outage, Then Dies
Drawing the Line
8:00 PM on the byte
Satellite Images Show Progress on 100-Mile Long Skyscraper in Saudi Arabia
Shark Week
3:21 PM on the byte
Scientists Stumble Upon Huge Graveyard of Sharks, Deep Under Ocean
READ MORE STORIES ABOUT / Earth & Energy
Keep up.
Subscribe to our daily newsletter to keep in touch with the subjects shaping our future.
+Social+Newsletter
TopicsAbout UsContact Us
Copyright ©, Camden Media Inc All Rights Reserved. See our User Agreement, Privacy Policy and Data Use Policy. The material on this site may not be reproduced, distributed, transmitted, cached or otherwise used, except with prior written permission of Futurism. Articles may contain affiliate links which enable us to share in the revenue of any purchases made.
Fonts by Typekit and Monotype.