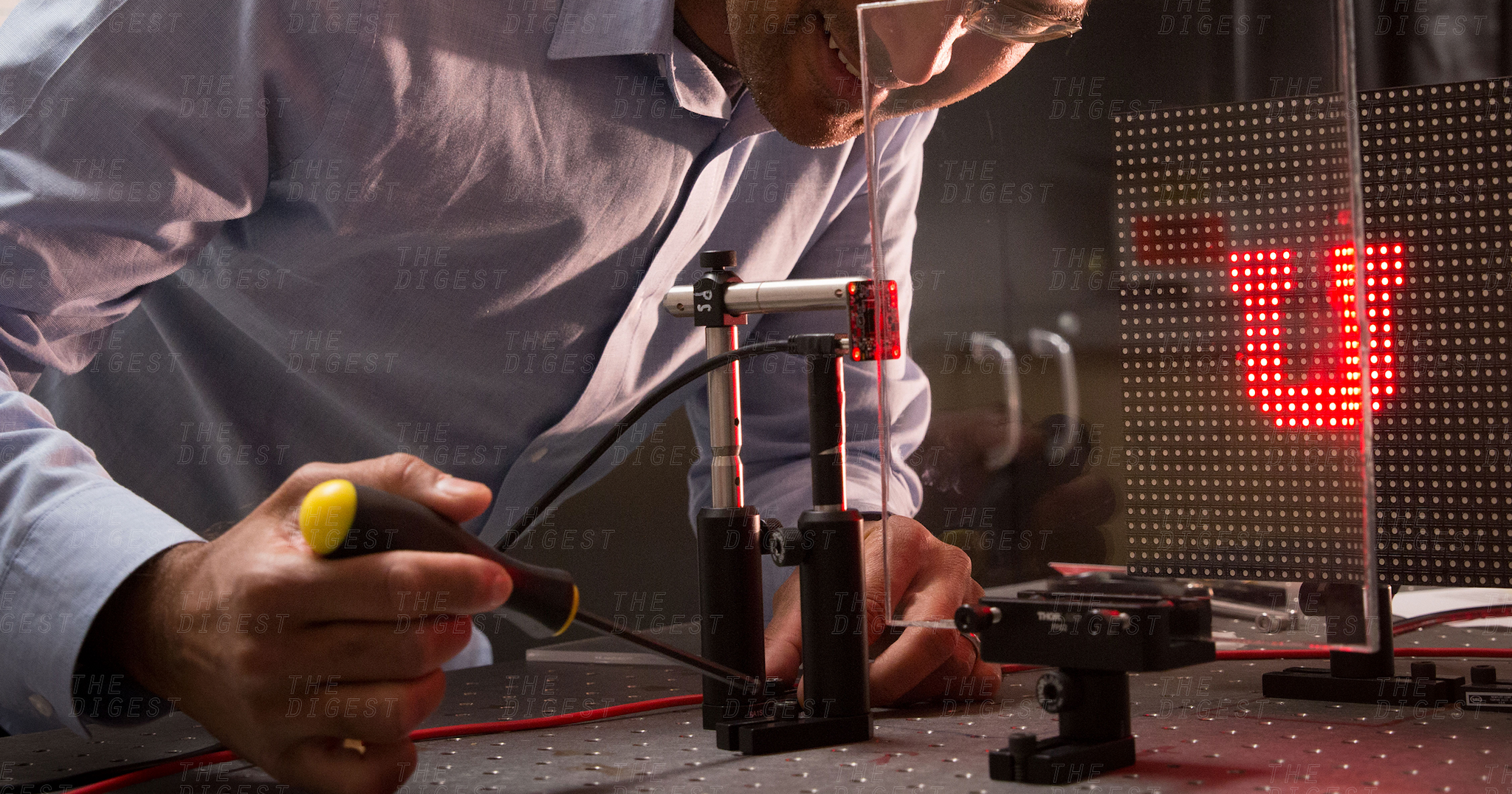 We Need Lens-Free Cameras. And Now We Know How to Make Them.

We could use them in everything from autonomous cars to AR glasses.

We could use them in everything from autonomous cars to AR glasses.

LENS-FREE IS THE WAY TO BE. For a camera to work, it's pretty much gotta have a lens. That little piece of glass is responsible for directing light to the camera's sensor so it can produce an image. Now, researchers from the University of Utah have found a way to effectively capture videos and images without this typically essential component.

They published their study in the journal Optics Express.

A NEW PERSPECTIVE. If you were to remove the lens from a standard camera — like, say, the one in your smartphone — you'd still be able to take a photo, but there'd be pretty much no point because it would look like a pixelated blob that no amount of Photoshop magic could fix. The researchers behind this study suspected that they could train an algorithm to decipher the image and make it look like one taken using a lens.

“Why don’t we think from the ground up to design cameras that are optimized for machines and not humans. That’s my philosophical point,” said study author Rajesh Menon in a news release.

To do this, the researchers started by attaching a digital camera sensor to the edge of a sheet of plexiglass, pointing it toward the glass. Then they wrapped reflective tape around the remaining edges of the plexiglass to direct light back towards the sensor.

Using the sensor, the researchers snapped pictures and video of several images displayed on an LED screen in front of the plexiglass (and at a 90-degree angle to the sensor). Finally, they had their algorithm interpret the image to produce one that looks like a slightly lower resolution version of what they displayed on the LED screen.

You can view the entire process in the video below.

A lens-free camera would make augmented reality (AR) glasses a lot less bulky, since you wouldn't have to point heavy cameras at the wearer's eyes — we could instead place sleeker sensors on the edges of the glasses.

“It’s not a one-size-fits-all solution, but it opens up an interesting way to think about imaging systems,” said Menon in the release.

For now, he and his colleagues plan to continue developing their lens-free camera system to effectively capture 3-D images and objects bathed in normal light, the not-insanely-bright kind you probably encounter at home. If their work goes as the researchers hope, the lens may no longer be a necessary component of a camera — maybe it'll just be an optional one.

READ MORE: Picture This: Camera With No Lens [The University of Utah]

Leafy Greens
Astronomers Use Huge Space Telescope Camera to Photograph Broccoli
9. 9. 20
Read More
Metalenses That Focus All Colors of the Rainbow Could Revolutionize VR
1. 2. 18
Read More
A New Lensless Camera Transforms How Scientists See the Cosmos
12. 26. 17
Read More
+Social+Newsletter
TopicsAbout UsContact Us
Copyright ©, Camden Media Inc All Rights Reserved. See our User Agreement, Privacy Policy and Data Use Policy. The material on this site may not be reproduced, distributed, transmitted, cached or otherwise used, except with prior written permission of Futurism. Fonts by Typekit and Monotype.