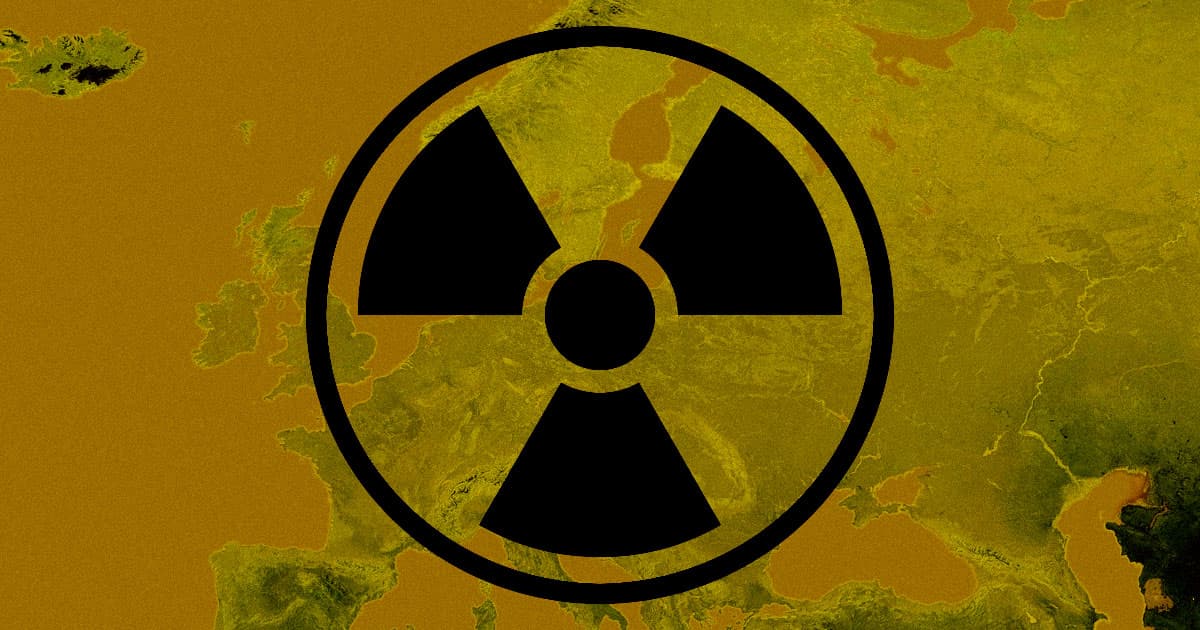 Researchers: Findings Suggest Something Is Leaking Radiation in Europe

"These are certainly nuclear fission products, most likely from a civil source."

"These are certainly nuclear fission products, most likely from a civil source."

Radiation sensors in Stockholm recently identified what seems to be a leak of radioactive isotopes coming from somewhere near the Baltic Sea.

While the level of radiation isn't dangerous to humans, Reuters reports, it is well above expected levels. It suggests, according to a map tracing the leak's source, that a nuclear power plant seems to have sprung a leak somewhere near Finland or Russia.

Sensors like the one that detected the leak were put in place to spot and deter nuclear weapons tests, Reuters reports. But that doesn't seem to be what caused the spike in radioactivity.

"These are certainly nuclear fission products, most likely from a civil source," a spokeswoman from The Comprehensive Nuclear-Test-Ban Treaty Organization (CTBTO), the organization that operates the radiation monitoring stations, told Reuters.

But aside from the vast swathe of land that CTBTO identified as a possible point of origin, Reuters reports that the organization doesn't plan to investigate the leak further.

"We are able to indicate the likely region of the source, but it’s outside the CTBTO’s mandate to identify the exact origin," the CTBTO spokeswoman told Reuters.

More on radiation leaks: Did Russia Cover Up a Radiation Leak 100x Worse Than Fukushima?

Fusion Force
China Announces Plan for Hybrid Fission-Fusion Power Facility
9. 17. 22
Read More
Great Balls of Fire
"Radioactive Gobstoppers" Could Stop the Next Nuclear Reactor Meltdown
6. 30. 20
Read More
Fukushima Plans to Power Region With 100% Renewable Energy
1. 6. 20
Read More
+Social+Newsletter
TopicsAbout UsContact Us
Copyright ©, Camden Media Inc All Rights Reserved. See our User Agreement, Privacy Policy and Data Use Policy. The material on this site may not be reproduced, distributed, transmitted, cached or otherwise used, except with prior written permission of Futurism. Articles may contain affiliate links which enable us to share in the revenue of any purchases made.
Fonts by Typekit and Monotype.