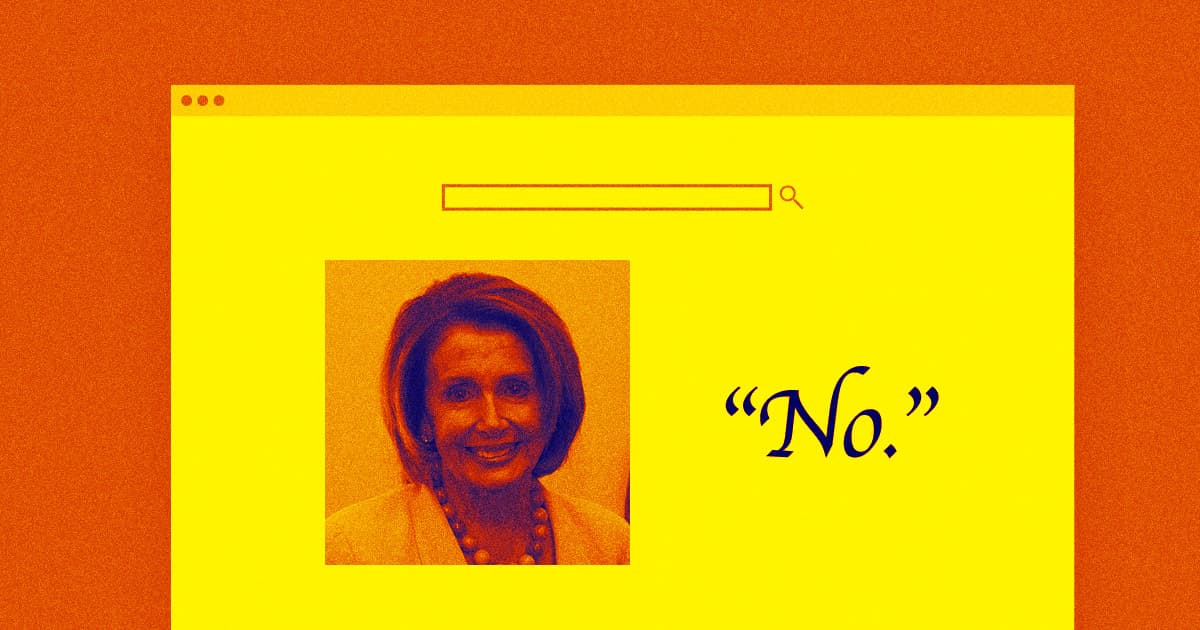 Nancy Pelosi could re-introduce a privacy safeguard into the Patriot Act.

Nancy Pelosi could re-introduce a privacy safeguard into the Patriot Act.

Federal lawmakers have one last shot to add a crucial privacy measure back into the newly-reauthorized Patriot Act.

During last week’s Senate vote, a bipartisan amendment that would have forbidden federal agents from accessing anyone’s web and search history without a warrant failed by just one vote, Motherboard reports. Now, activists are pressuring House Democrats and Speaker Nancy Pelosi to tack the amendment back on — a last-ditch effort to preserve Americans’ online privacy.

If House Speaker Pelosi reintroduces the amendment and it passes the Democrat-controlled House, activists suggest that it would fare better during its second run in the Senate. That’s because multiple Senators who likely would have supported it — Bernie Sanders included — were absent for the vote.

“This is an incredibly rare opportunity,” Sean Vitka, senior policy counsel for Demand Progress, told Motherboard. “It is now exclusively Speaker Pelosi’s decision whether Bill Barr and Donald Trump can spy on Americans’ online activity without a warrant.”

That means it comes down to Speaker Pelosi to actually throw her weight behind the amendment, which is not guaranteed given the past concessions she’s made to the Trump administration.

“House Democrats literally impeached Trump and have spent the last two years shouting about how this dangerous administration routinely abuses power, “Evan Greer, deputy director of Fight For The Future, told Motherboard. “Now they have a chance to put even just a tiny limitation on Trump’s surveillance authorities.”

“If they don’t take it, they’re making it clear The Resistance has always been bullshit.”

READ MORE: Activists Are Trying to Stop the FBI From Snooping on Your Web History [Motherboard]

More on the Patriot Act: The US Government Is Seizing Huge New Surveillance Powers

Elonely Planet
Elon Musk Shares Incredibly Stupid Meme Stolen from iFunny
Apr 28
Read More
Brands We Love
A Virtual Phone Number Lets You Connect With Anyone While Keeping Your Real Number Private
2. 15. 21
Read More
The Eye
A Growing Number of Countries Tap Phone Data to Track COVID-19
3. 23. 20
Read More
+Social+Newsletter
TopicsAbout UsContact Us
Copyright ©, Camden Media Inc All Rights Reserved. See our User Agreement, Privacy Policy and Data Use Policy. The material on this site may not be reproduced, distributed, transmitted, cached or otherwise used, except with prior written permission of Futurism. Fonts by Typekit and Monotype.