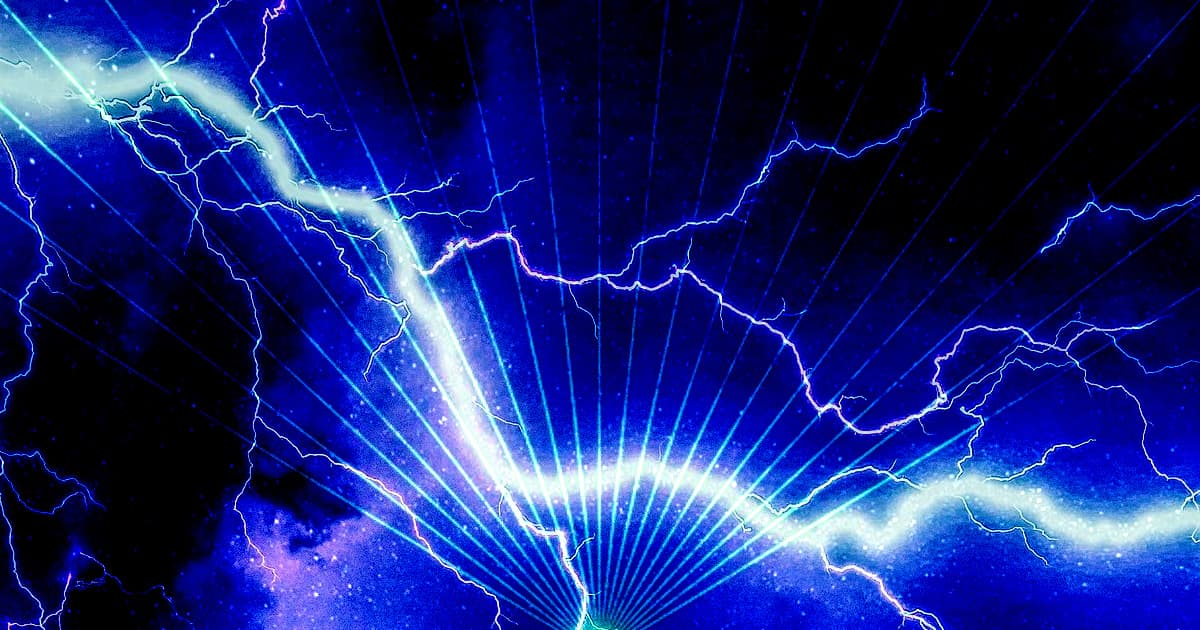 An international team of researchers says that small lasers could be used to guide lightning strikes — much like Thor's legendary hammer Mjölnir.

"It turns out that to deliver particles, you do not need high-intensity lasers, even low intensity like your laser pointer will be already enough," Andrey Miroshnichenko, a researcher at the University of New South Wales in Canberra, Australia, told Agence France Presse of the work.

The team says it's already tested the concept in labs using devices known as hollow lasers, which in effect create a pipe of light. These lasers can short circuit storm clouds and trigger lightning strikes by heating micro-particles in the air.

High-powered lasers made the process not only expensive and hard to predict, but dangerous as well. But according to new research by the team, as detailed in a paper published in the journal Nature Communications last month, the idea might work just as well using low intensity laser pointers.

Through "the use of a laser beam of a few hundred milliwatts of power," the "discharge threshold" of electrical charges in the air could be decreased by 30 percent, the team write in their paper, allowing them to guide the lightning "along a predetermined path in the air."

"We can imagine a future where this technology may induce electrical discharge from passing lightning, helping to guide it to safe targets and reduce the risk of catastrophic fires," co-researcher Vladlen Shvedov from the Australian National University told AFP.

Or you could use it to smite your enemies. Just saying.

More on lasers: NASA Facility Will Beam Messages to Space Through Lasers

Hurricane Season
Oops! Fusion Facility Keeps Failing to Recreate Last Year's "Breakthrough" Record
7. 25. 22
Read More
Corvid Pandemic
Silicon Valley City to Use Cheapo Lasers to Fight Invasion of Furious Crows
1. 18. 22
Read More
OMEGA Laser Could Produce Nuclear Fusion at 5 Times Current Levels
9. 8. 16
Read More
+Social+Newsletter
TopicsAbout UsContact Us
Copyright ©, Camden Media Inc All Rights Reserved. See our User Agreement, Privacy Policy and Data Use Policy. The material on this site may not be reproduced, distributed, transmitted, cached or otherwise used, except with prior written permission of Futurism. Articles may contain affiliate links which enable us to share in the revenue of any purchases made.
Fonts by Typekit and Monotype.