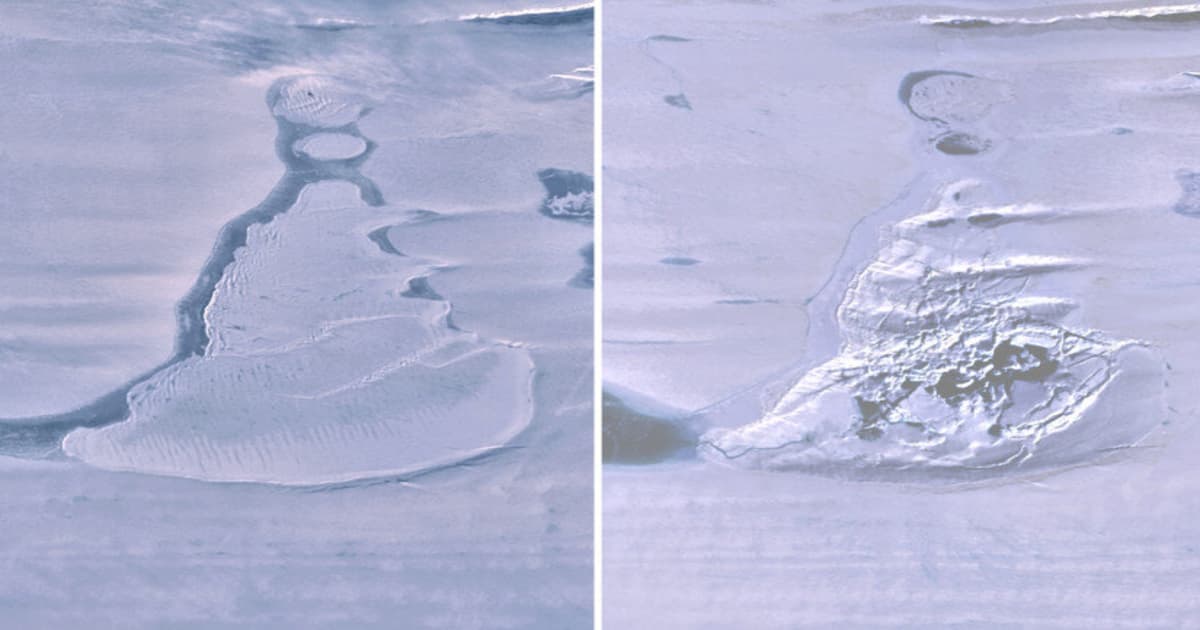 A Lake in Antarctica Has Suddenly Disappeared

Scientists have one solid theory as to what happened to it.

Scientists have one solid theory as to what happened to it.

Researchers have discovered the sudden disappearance of a massive, icy lake in East Antarctica.

Scientists say that the lake disappeared from the Amery Ice Shelf sometime during the 2019 Antarctic winter, according to Phys.org. It's estimated that 600-750 million cubic meters of water disappeared into the ocean.

The researchers published a study of their findings in Geophysical Research Letters on Friday. The authors were able to use satellite images of the ice-covered lake to narrow down the timeline of the event to a week or less in June. You can see a before and after picture of the lake for yourself below.

Satellite imagery of a massive, icy lake in Antarctica suddenly disappearing into the ocean. (Per NASA) pic.twitter.com/6G9ncKFb0p

So what happened to the lake? Scientists believe that its waters might have actually drained out into the ocean due its own weight.

"We believe the weight of water accumulated in this deep lake opened a fissure in the ice shelf beneath the lake, a process known as hydrofracture, causing the water to drain away to the ocean below," said Roland Warner, the study’s lead author and glaciologist with the Australian Antarctic Program Partnership at the University of Tasmania, to Phys.org.

There's a good chance that we'll see more Antarctic (and Arctic) lake disappearances in the future as a result of climate change.

As global temperatures rise, ice shelves and glaciers will experience more melting, creating more melt lakes in the process. This could lead to even more hydrofracturing and a greater risk of destabilization for the ice shelves.

So as mysterious and interesting as the disappearance of a whole Antarctic lake is, it's also a sobering reminder of the devastating impact climate change can and will have on our planet.

More on ice melt: Scientists Say Arctic Ice Is Thinning Twice as Fast as We Thought

An Expedition Is Heading to Antarctica to Uncover How Life Started on Our Planet
2. 3. 17
Read More
Even the South Pole Wasn't Safe From the Asteroid that Killed the Dinosaurs, Study Finds
5. 29. 16
Read More
Newly Discovered Subglacial Lake Could Host Unknown, Isolated Life
5. 2. 16
Read More
+Social+Newsletter
TopicsAbout UsContact Us
Copyright ©, Camden Media Inc All Rights Reserved. See our User Agreement, Privacy Policy and Data Use Policy. The material on this site may not be reproduced, distributed, transmitted, cached or otherwise used, except with prior written permission of Futurism. Articles may contain affiliate links which enable us to share in the revenue of any purchases made.
Fonts by Typekit and Monotype.