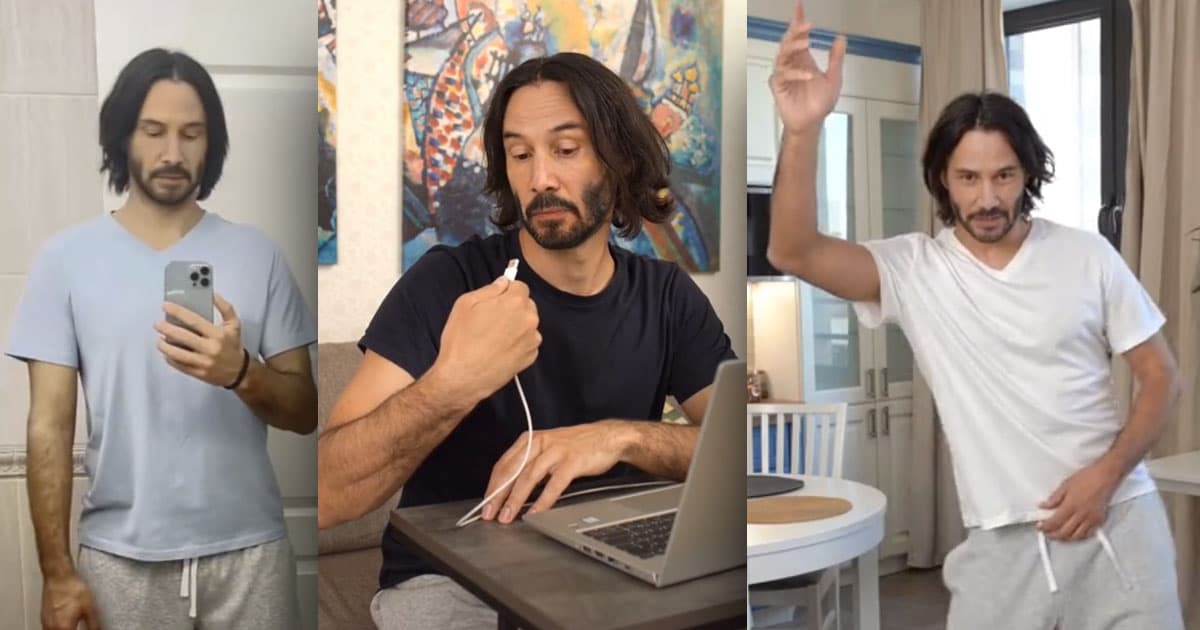 This Keanu Reeves Deepfake Is Giving Us Shivers

You can find this fake Keanu Reeves on TikTok, where while dressed in everything from sweats to suits, the phony star convincingly references his famous movies rolls, dances, and cracks jokes about lowering the toilet seat lid in order to appease women. And people really must love it, because the deepfaked character has already racked up 7.4 million followers and 34.8 million likes.

That being said, this phony version of the "The Lake House" actor does have some folks a bit confused, as can be seen in the account's comment sections.

"Keanu Reeves is a bit pigeon toed," wrote one digital sleuth, who apparently has an interesting method for telling deepfakes from the real deal. "This is definitely not him."

"Am I the only one who remembers when they warned us about deep fakes?..... Anyone?" added a different — and apparently exasperated — commenter. "..... okay, Go Keanu, getcho groove on......"

Though the account doesn't itself clarify what tech it used to build the digital Keanu mask, some users think that it was made using Unreal Engine 5, a sophisticated game engine by Epic Games.

To the creator's credit, the account is literally called Unreal Keanu Reeves, and their bio reads "Parody, Life and Enternal youth" — between "unreal" and "parody," the account holder does seem to be offering a disclaimer. But people don't always read the fine print, and it's likely that we'll see a lot more of these deepfake accounts spring up in the immediate future. While Unreal Keanu seems pretty harmless, there has been at least one disturbing case of a deepfaked star fostering dangerous disinformation.

Unreal Keanu, however, doesn't seem to be using his power for evil.

"I wouldn't want your money," wrote one pure of heart TikTok commenter, "only your friendship if you are the real Keanu Reeves."