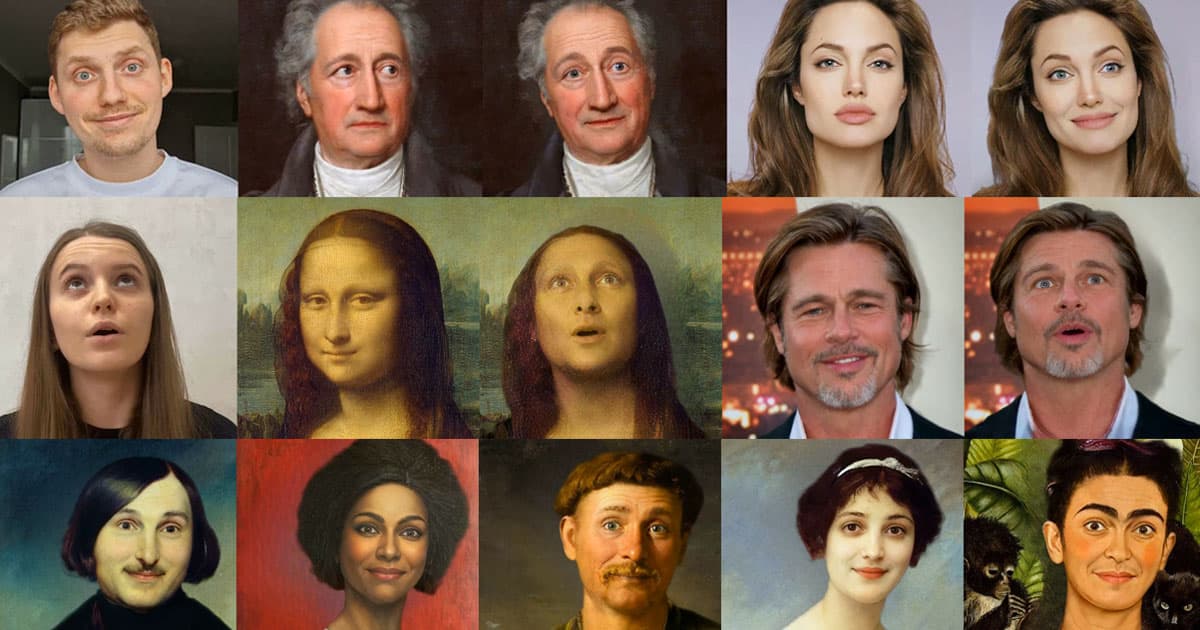 Right when you think deepfakes can’t get any creepier — or more technically impressive — a new demo comes along to raise the bar.

A group of researchers working at the Samsung AI Center in Moscow recently unveiled their latest work on one-shot "neural head avatar technology," in a project they’ve dubbed "MegaPortraits," or megapixel portraits (note that they avoid the much-stigmatized term "deepfake," though the demo is very clearly an iteration on the concept).

"Am very excited to share our new work on realistic avatars, which was recently accepted to ACM Multimedia!" tweeted project engineer Egor Zakharov, referring to prominent multimedia tech conference where his team presented the work.

Just take a look at these examples, which show ordinary people transforming into impressive simulacra of Angelina Jolie and Brad Pitt, among other feats.

Despite some artifacting, particularly when they rotate their heads, the resulting animations are eerily convincing. Heck, the deepfake tech even makes portrait paintings look like they're living, moving people trapped inside a canvas, "Harry Potter"-style.

The research allegedly breaks new ground in what the researchers call "cross-driving synthesis," which they describe as when the appearance of the driving image — the video of a face that provides the motion — looks vastly different than the static source image of the face that’s meant to be imitated and animated. And it does this at megapixel resolutions — the first neural avatar approach to achieve this, the researchers claim. They even managed to create a lightweight "student" model that can run in real-time.

While it’s certainly impressive, it’s hard to imagine a world where this kind of technology isn’t immediately abused for nefarious purposes. The researchers themselves acknowledge this reality in their paper, and state that the live, lightweight student model is somehow "locked" to prevent misuse — but they don't speak to the misuse possible with the more powerful main model.

More on deepfakes: Scientists Jack Into Subjects' Brains, Find That They Can Identify Deepfakes Subconsciously