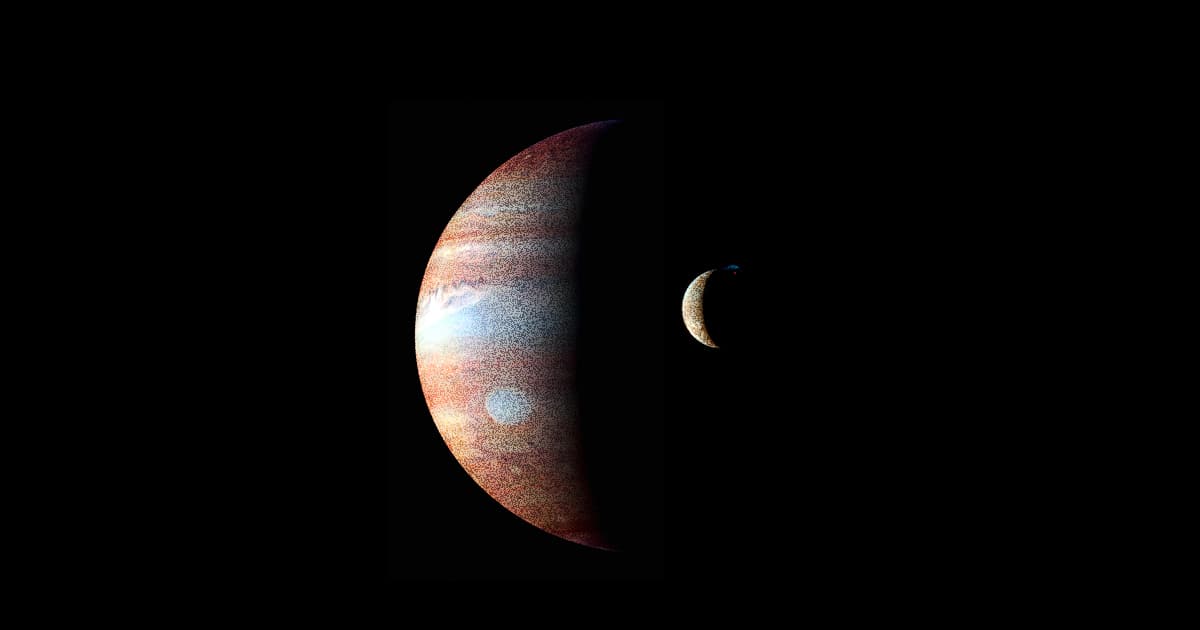 Jupiter Officially Has Yet Another Moon

This is the first time an amateur astronomer found a new planetary moon.

This is the first time an amateur astronomer found a new planetary moon.

It's a big month for space: Jeff Bezos and Richard Branson both almost made it there, but more importantly we can announce the discovery of yet another moon orbiting Jupiter.

Jupiter already has dozens of moons — at least 80, with more being discovered all the time, Space.com notes. But even though it's just another small space rock in the crowd, the new moon S/2003J24 stands out from the pack. That's because it's the first planetary moon to be discovered by an amateur rather than a professional researcher at a university or space agency, thanks to a self-proclaimed hobbyist named Kai Ly.

"I'm proud to say that this is the first planetary moon discovered by an amateur astronomer!" Ly told Sky and Telescope.

Based on Ly's observations, which have been submitted to but not yet published in academic journals, it became clear that a space rock previously imaged by NASA in 2003 was actually a moon orbiting Jupiter as part of the Carme group. That's a cluster of 24 space rocks that include a 28-mile-wide asteroid that got trapped in Jupiter's orbit, along with 23 fragments that broke off from it, according to Sky and Telescope.

Even though NASA had images of S/2003J24, it was Ly's efforts poring over years of observations from various telescopes that allowed her to discover, quantify, and confirm the moon's orbit.

At the same time, NASA and other space agencies are currently developing bigger and better telescopes that could theoretically allow them to pinpoint the moons of exoplanets outside of our solar system. That's certainly a valuable endeavor, but it seems there's still plenty to discover in our own stellar neighborhood, too — even by someone who, as Ly told Sky and Telescope, was doing astronomy as "a summer hobby before I return to school."

More on moons: Earth Appears To Be Capturing a Tiny New Moon

Monkey Business
China Plans to Send Monkeys to Space Station to Have Sex With Each Other
Nov 3
Read More
Overview Effect
William Shatner Says His Space Trip Left Him With a Feeling of Terrible Grief
Oct 11
Read More
Next Time
NASA Cancels First Launch Attempt of Uber Expensive Moon Rocket
Aug 29
Read More
+Social+Newsletter
TopicsAbout UsContact Us
Copyright ©, Camden Media Inc All Rights Reserved. See our User Agreement, Privacy Policy and Data Use Policy. The material on this site may not be reproduced, distributed, transmitted, cached or otherwise used, except with prior written permission of Futurism. Articles may contain affiliate links which enable us to share in the revenue of any purchases made.
Fonts by Typekit and Monotype.