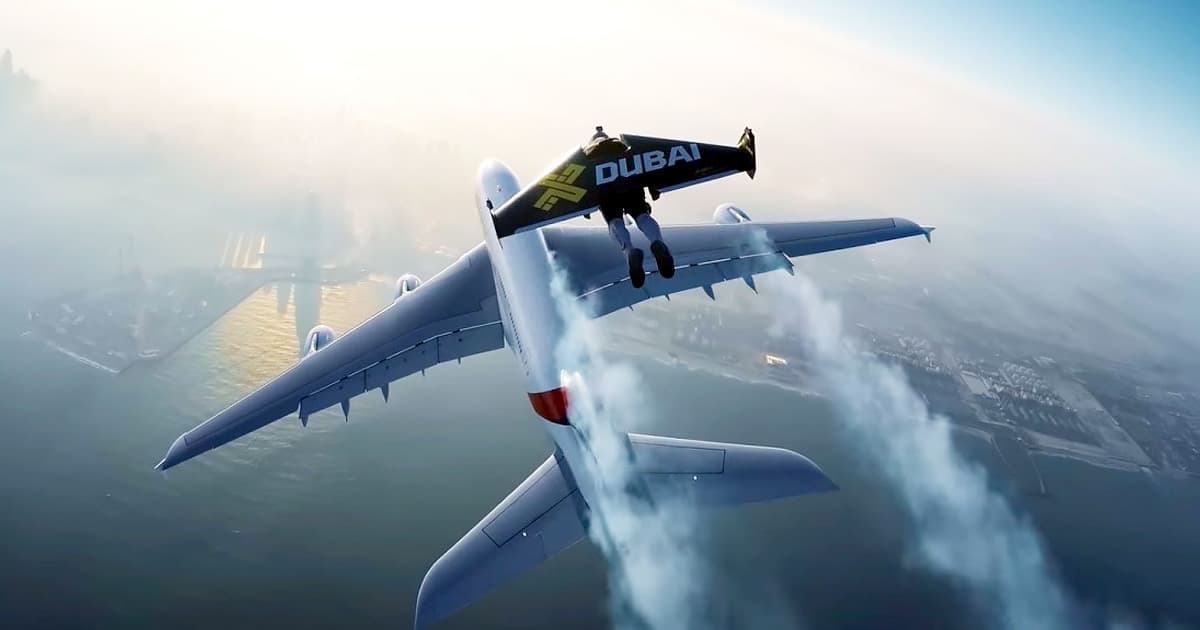 It's a sad day for jet-powered human flight.

It's a sad day for jet-powered human flight.

Extreme sports professional Vince Reffet, known for soaring high above the skyline using a jet-powered wingsuit as part of the Jetman Dubai team, has passed away during a training accident on Tuesday, Agence France-Presse reports.

Reffet and his team have made several incredible appearances, including screaming through the air at up to 124 mph (200 kmh) after hurtling out of a plane circling over Dubai. Reffet and his fellow jetpack pilot Yves Rossy even flew alongside a jumbo jet during one daring stunt in 2015.

In February, Reffet took the amazing stunt to its next logical conclusion, taking off from the ground aided by a carbon fiber wingsuit powered by four mini jet engines.

He flew to a height almost 6,000 feet (1,800 meters), what Jetman Dubai called "another world's first in their quest to achieve 100 per cent autonomous human flight," before safely returning back to the surface using a parachute.

"It is with unimaginable sadness that we announce the passing of Jetman Pilot, Vincent Reffet, who died this morning, 17 November, during training in Dubai," Jetman Dubai spokesman Abdulla Binhabtoor told AFP.

"Vince was a talented athlete, and a much-loved and respected member of our team," Binhabtoor added. "Our thoughts and prayers are with his family and all those who knew and worked with him."

In October, Reffet reflected on his incredible achievements in an interview with AFP.

"You have so many dreams and life is so short."

More on Reffet: Watch a Real-Life “Iron Man” Take Off From the Ground Like a Badass

Let's Go to Mars
This Plan For a Martian City Under a Dome is Breathtaking
6. 11. 20
Read More
Dubai's High-Tech, iPad-Shaped Apartment Could be a Troubleshooting Nightmare
5. 17. 18
Read More
3D Printed Organs and the Super-Fast Hyperloop: Dubai is Accelerating the Future
9. 20. 16
Read More
+Social+Newsletter
TopicsAbout UsContact Us
Copyright ©, Camden Media Inc All Rights Reserved. See our User Agreement, Privacy Policy and Data Use Policy. The material on this site may not be reproduced, distributed, transmitted, cached or otherwise used, except with prior written permission of Futurism. Articles may contain affiliate links which enable us to share in the revenue of any purchases made.
Fonts by Typekit and Monotype.