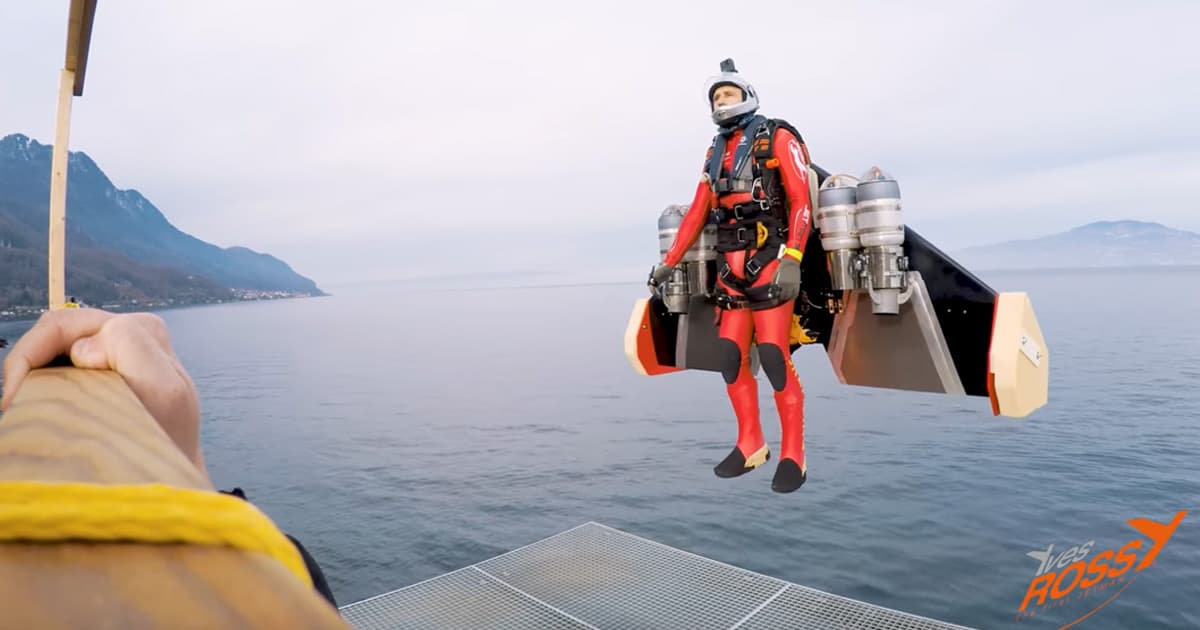 Watch a Jet Wing Pilot "Jetman" Hover Over a Lake

Jetman just made his triumphant return with an epic new stunt.

Jetman just made his triumphant return with an epic new stunt.

Jet wing pilot and daredevil Yves Rossy just shared a video of himself taking off and hovering over lake Geneva in Switzerland with his jet-powered wingsuit.

It's a stunning display of the improved suit's abilities — it no longer needs its pilot to jump out of a plane or helicopter to get up to speed.

With the aid of his especially engineered jetsuit, Rossy, who calls himself "Jetman," can fly at speeds of more than 350 km/h (217 mph) at altitudes of up to 6,000 meters (almost 20,000 feet), according to the video's description.

Thanks to four new Jetcat P550 turbine engines, Rossy is able to fly straight upwards at speeds of up to 180 km/h (112 mph), according to an official website. The design of the jet engine's special nozzles is "based on the same principle as on Elon Musk's SpaceX rockets," allowing Rossy to take off and land vertically.

In the video, you can see Rossy effortlessly hover above the water, operating finger controls built into his gloves.

Rossy has previously flown alongside an Emirates A360 commercial airliner in Dubai in 2015, using an older version of his jetsuit, after jumping out of a separate nearby airplane.