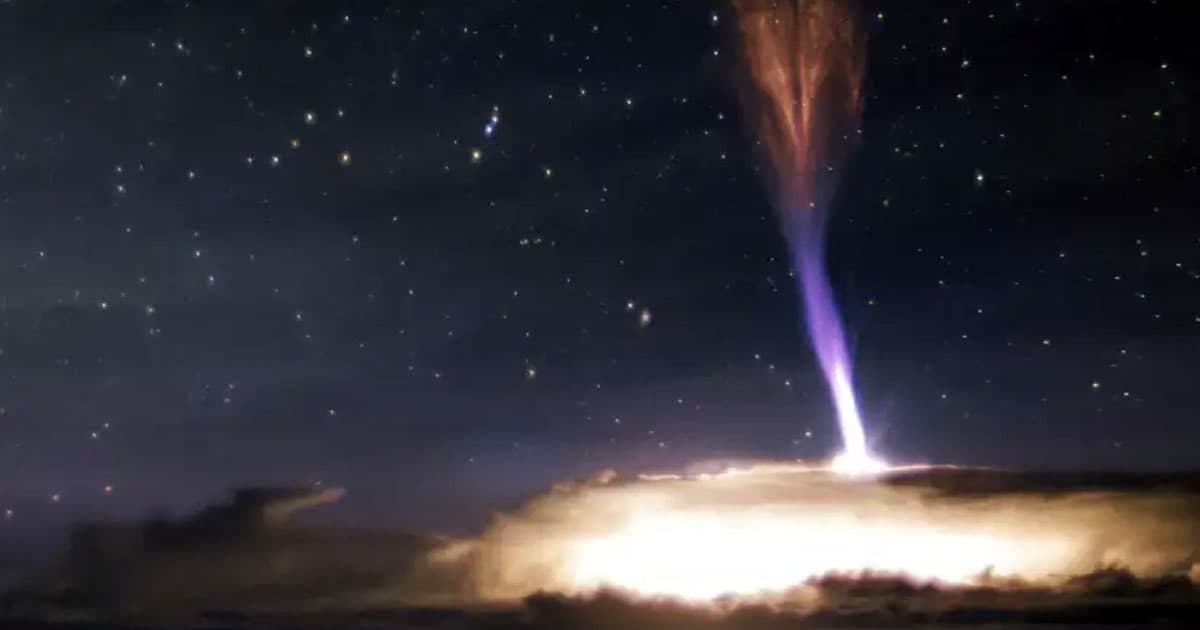 Scientists recorded a 'gigantic jet" lightning bolt back in May 2018, hovering over an Oklahoma thunderstorm. This bolt was so powerful, it carried 100 times as much of a charge as the average thunderstorm lightning bolt, reaching a whopping 50 miles into air, which is a stone's throw from the official boundary of outer space. This is uncanny.

And while it wasn't the first of its kind to be observed, it proved to be twice as powerful as the next, according to a press release. And they still remain a bit of a mystery to scientists today, due in large part to their rarity.

Fortunately, thanks to cutting-edge mapping technologies, researchers at Georgia Tech were able to get a detailed look at the shape of the beastly bolt, offering them valuable insights into the phenomenon. Several instruments were able to capture the powerful event, an exceedingly rare occurrence.

"We were able to map this gigantic jet in three dimensions with really high-quality data," said Levi Boggs, a research scientist at the Georgia Tech Research Institute, co-author of a new paper published in the journal Science Advances, in the statement. "We were able to see very high frequency (VHF) sources above the cloud top, which had not been seen before with this level of detail."

Scientists are only starting to understand the structures of these gigantic jets, particularly above the cloud line. There's a lot we still don't know about the phenomenon.

For one, we don't know why the jet is shooting into space in the first place. The researchers speculate the thunderclouds could be relieving a buildup of negative charge by shooting it into space.

Boggs and his colleagues are now investigating if these rare events could affect the operations of satellites in low-Earth orbit.