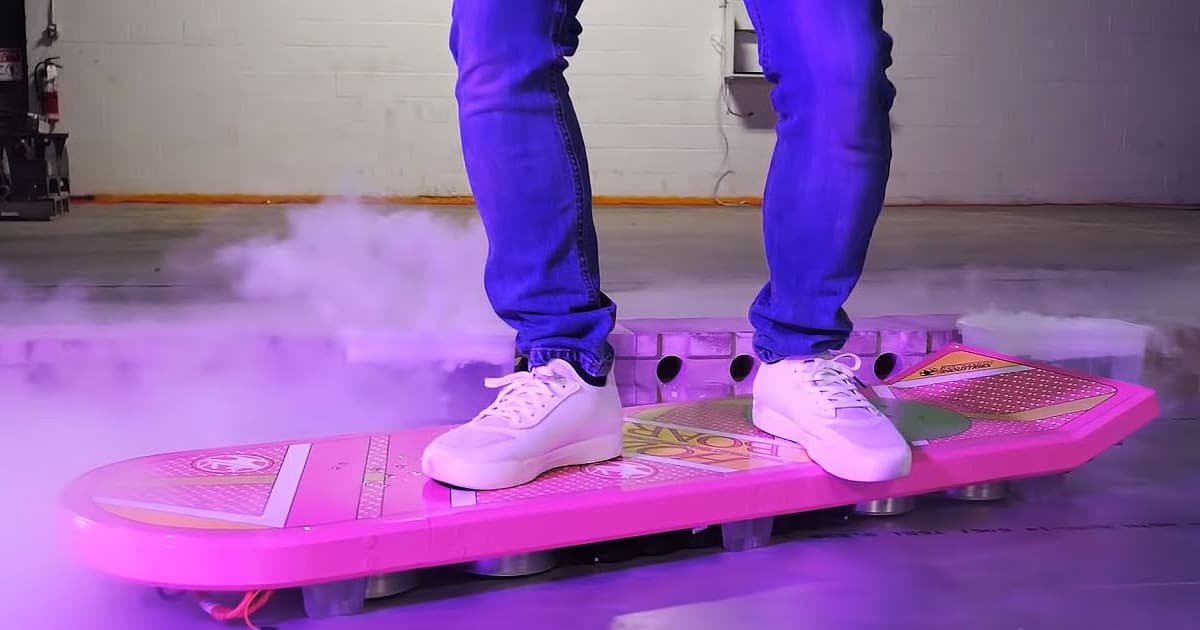 The engineers behind the popular YouTube account Hacksmith Industries have created a functional hoverboard that actually lifts off the ground using magnets — and isn't some marketing stunt or hoax, like hoverboard projects of yesteryear.

But it's not exactly the hoverboard from the 1989 sci-fi flick "Back to the Future Part II." It needs to be hovering over a sheet of steel to work, for starters — and it's not the safest way to get around, as it frequently catches fire.

Hacksmith Industries have already made a name for themselves on the video sharing platform by building an adorable mini Cybertruck that can drift, and even a functioning plasma-powered lightsaber that can cut metal.

It's an impressive feat, especially considering the board doesn't need to be cryogenically chilled with liquid nitrogen, as was the case for carmaker Lexus's hoverboard from back in 2015, as Nerdist points out.

There's one big downside to the Hacksmith's board, though. The electrical currents put out a lot of heat, which caused the board to abruptly catch fire several times during the testing process.

So if you ever find yourself being chased by some futuristic cyberpunk bullies, make sure to bring a fire extinguisher.

READ MORE: Real-Life BACK TO THE FUTURE Hoverboard Actually Works [The Nerdist]

From Our Partners
Want To Win Your Own Lambo? Enter This Contest From Mr. Beast
12. 2. 21
Read More
From Our Partners
Keep All Of Your Favorite Videos With This Award-Winning Download Software
9. 23. 21
Read More
Dare to Eat the World's Hottest Chili Peppers? Beware of "Thunderclap" Headaches
4. 10. 18
Read More
+Social+Newsletter
TopicsAbout UsContact Us
Copyright ©, Camden Media Inc All Rights Reserved. See our User Agreement, Privacy Policy and Data Use Policy. The material on this site may not be reproduced, distributed, transmitted, cached or otherwise used, except with prior written permission of Futurism. Articles may contain affiliate links which enable us to share in the revenue of any purchases made.
Fonts by Typekit and Monotype.