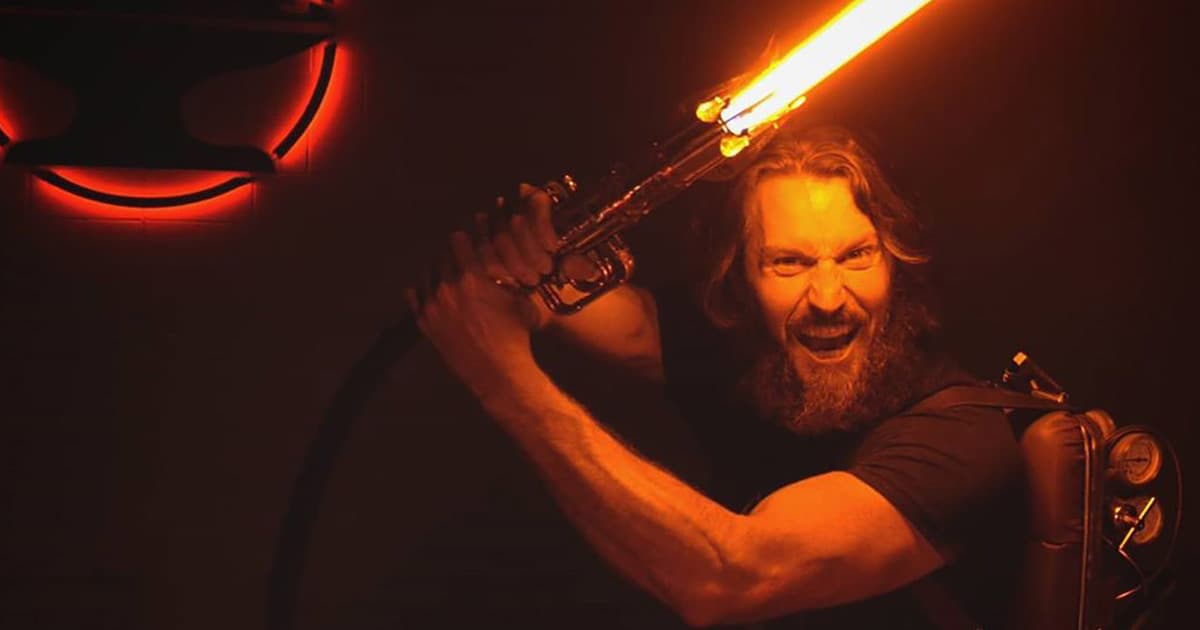 An elegant weapon, for a more civilized age.

An elegant weapon, for a more civilized age.

The engineers behind the YouTube channel "The Hacksmith" have crafted a real-world "Star Wars"-style lightsaber that burns hot enough to cut through steel.

Team lead James Hobson says it's the "world's first retractable plasma-based lightsaber" — and for now, we're willing to take his word on that.

The steampunk hilt can send out a laminar flow of compressed liquid propane gas and oxygen, which burns at 4,000 degrees Fahrenheit.

To allow it to burn in such a specific way, the team used "laminar nozzles," which allow an extremely concentrated flow of gas to escape, creating a beam of plasma. These nozzles cost a pretty penny — about $4,000 each — and are often used in the glass-blowing industry.

Thanks to the addition of some special salts, the beam can be turned into different colors, including yellow, green, and red.

The lightsaber does need an external power pack. To recreate the energy put out by the lightsabers we see in the movies, Hobson says you'd need as much power as from a nuclear plant.

And yep, turns out it's as powerful as it sounds. In a demonstration, the lightsaber was capable of burning right through a steel door.

More on the Hacksmith: Watch This Adorable Mini Cybertruck Drift in the Snow