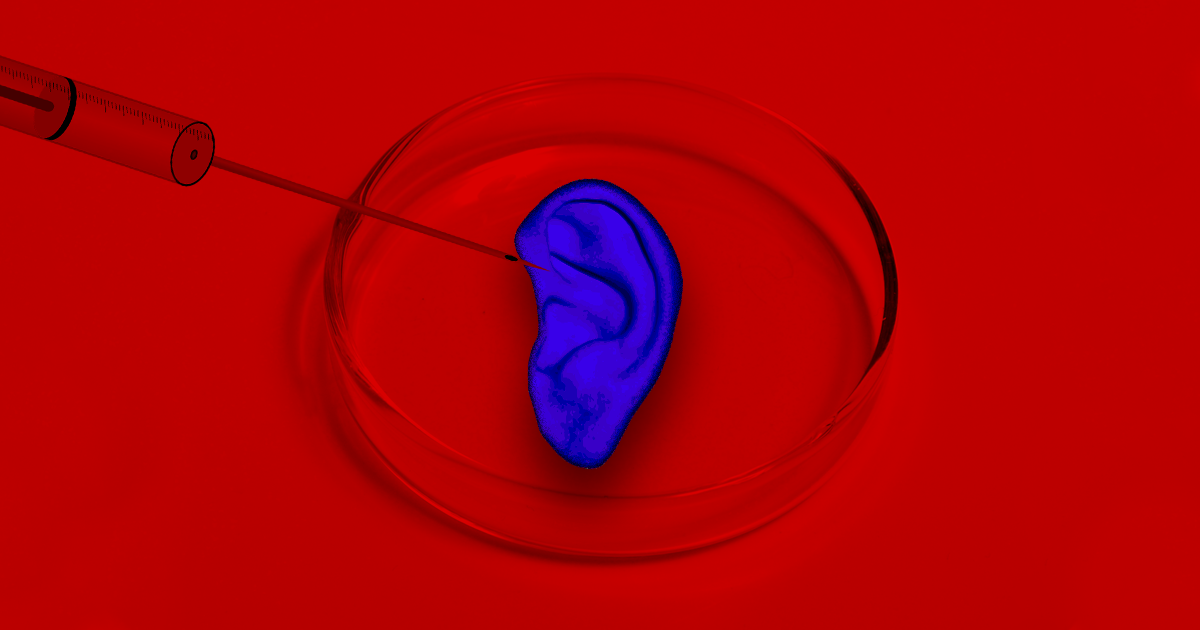 The team of scientists behind the world's first lab-grown ear have a new trick.

The team of scientists behind the world's first lab-grown ear have a new trick.

According to Chinese state-owned news site Ecns, a team of Chinese scientists has developed "injectable cartilage" that can be used to repair human tissue.

The new technique could revolutionize plastic surgery by "growing" cartilage from a patient's own cells — and using it to radically tinker with their appearance.

By removing a small portion of cartilage tissue from behind the ear, the team was able to grow seed cells in a lab. By cultivating enough cells, the scientists could fill biodegradable 3D printed molds and inject the resulting cartilage straight into the human body.

The team has credibility in the space. Last year, the same research group grew a human ear in a lab and grafted it onto a human patient.

According to Cao Yilin, director of National Tissue Engineering Research Center, the new injection method could also enable patients to grow cartilage parts of the nose and chin and develop into fully functional tissue over time.

The technique could also help in the process of organ reconstruction, according to Ecns.

More on growing human cells: In a World First, Children Get New Ears Grown From Their Own Cells

Organ Grinder
Study Accuses China of Likely Stealing Organs From Prisoners
2. 7. 19
Read More
Chinese Doctors Are Using Modified T-Cells to Treat Advanced Forms of Cancer
2. 21. 18
Read More
In a World First, Children Get New Ears Grown From Their Own Cells
1. 31. 18
Read More
+Social+Newsletter
TopicsAbout UsContact Us
Copyright ©, Camden Media Inc All Rights Reserved. See our User Agreement, Privacy Policy and Data Use Policy. The material on this site may not be reproduced, distributed, transmitted, cached or otherwise used, except with prior written permission of Futurism. Articles may contain affiliate links which enable us to share in the revenue of any purchases made.
Fonts by Typekit and Monotype.