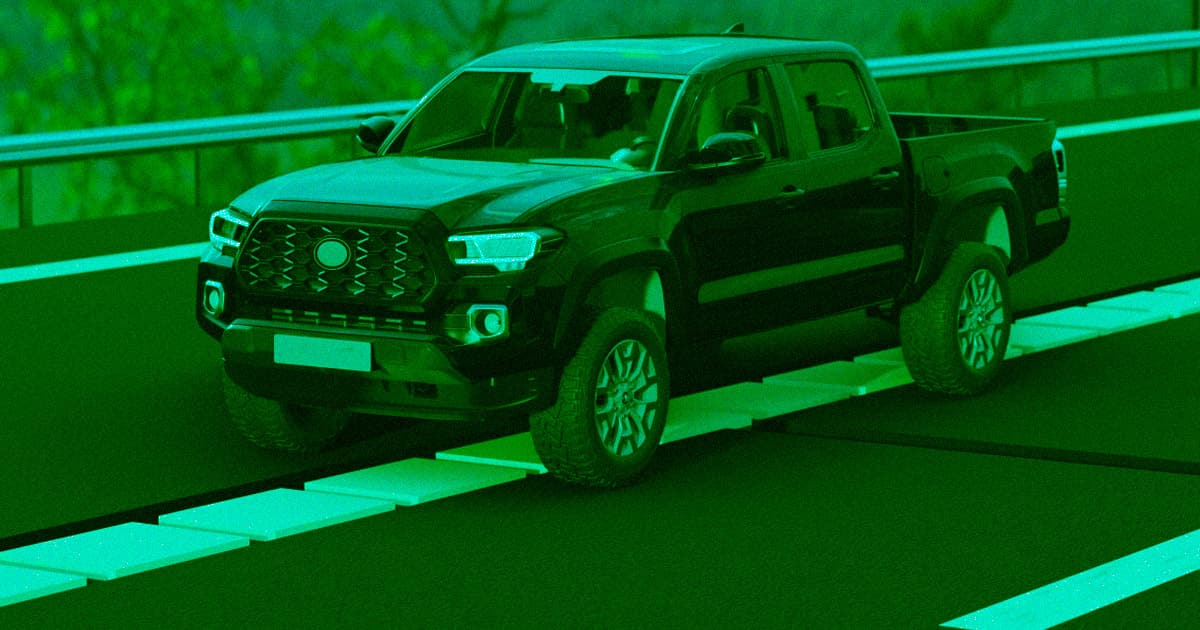 Logistical challenges remain, but the roads could be a major boon to clean transportation.

Logistical challenges remain, but the roads could be a major boon to clean transportation.

A German company called Magment has partnered with the Indiana state government and Purdue University to test out new, high tech streets that automatically charge the battery of any electric vehicle outfitted with a special receiver that's driving down them.

The roads rely on magnetic particles mixed into concrete which, when electrified, can transfer power with 95 percent efficiency, according to Tech Xplore. Technical details are still scarce, but more particulars should emerge after an upcoming test on a small stretch of road being built near Purdue's campus. If all goes well, the Indiana Department of Transportation may build more of the roads throughout the state, hinting at a future in which public infrastructure is deliberately built to support cleaner modes of transportation.

The notion of a road that automatically charges any electric vehicles driving on it has been around for a while. Other companies and governments have also conducted limited tests, like a 2018 trial in Tel Aviv.

The biggest challenge for the tech isn't the concept but rather coming up with a way to implement it in a way that makes logistical sense. In May, a Cornell University engineer working on similar tech predicted that electric car-charging streets were still about five to ten years away.

The scientists at Magment say that building a road with their materials would cost the same as building traditional roads, according to Tech Xplore.

But that still requires building new roads or potentially replacing the ones that we already have. Given that challenge, the fact that the roads then need to be powered, and the sorry state of American infrastructure in the first place, that still seems like a tall order.