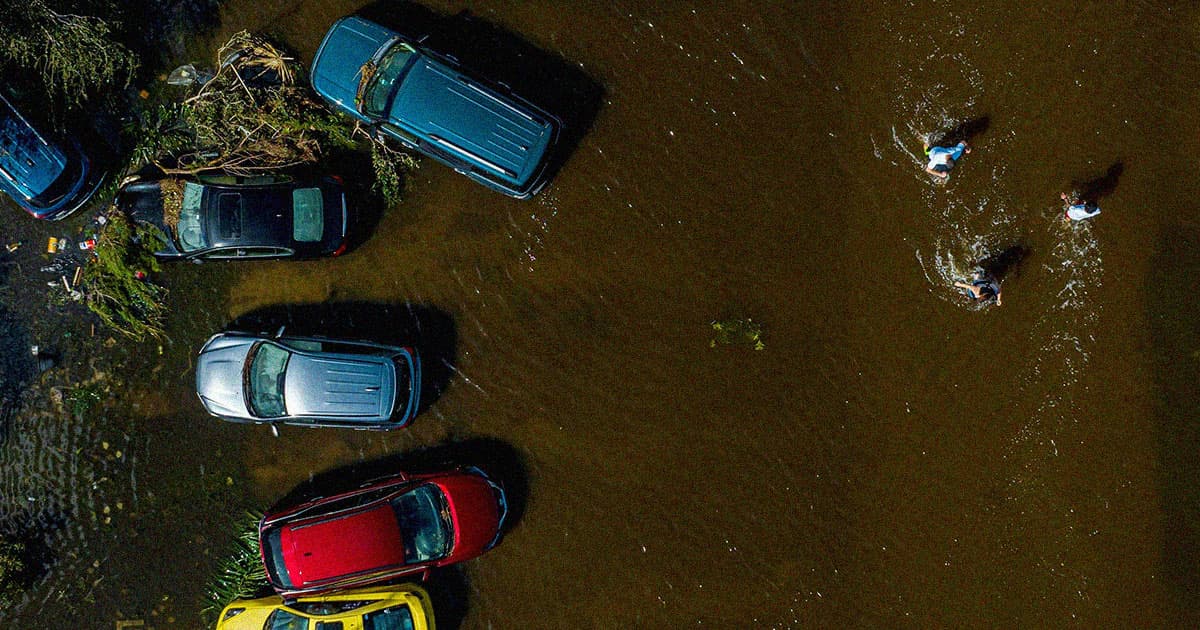 Hurricane Ian may be gone, but it has left a big mark on Florida's environment, haunting residents.

According to CBS News, there have been at least 20 reports of "environmentally hazardous issues" likely spurred by Hurricane Ian's landfall between September 28 and October 2.

Among the reports that CBS cites is the leaking of diesel, gasoline, and battery acid, a pipeline releasing 2,300 gallons of bleach, and an "unknown green sludge" causing respiratory issues in residential areas.

"In Sarasota Bay, normally this time of year the water is beautiful blue-green, gorgeous," Dave Tomasko, executive director of the Sarasota Bay Estuary Program, told CBS. But after the storm? He says it "looks like root beer, smells like dead fish rolled into compost."

Further inland at the apartment complex where the sludge was first seen, the stench is reportedly so bad that it pervades even indoors, causing at least one resident to leave due to breathing problems.

But apparently, the EPA and other emergency authorities are too busy to help out.

"We've been crippled," Stanley Rupinski, president of the complex's homeowner's association, told CBS after trying to reach out to the relevant agencies. "And this is something that's really beyond our control. There's really nothing we can do as people to get this out of here."

Scientists working on the ground, like Tomasko, were equally horrified by the ensuing runoff from Hurricane Ian.

As he collects water samples across Florida's coast, Tomasko worries that the already depleting oxygen levels in the bottom of layers of water could culminate in an "oxygen crash," like in the aftermath of Hurricane Charley in 2004, when there was no oxygen for "up to 100 miles upstream for about three months."

"And this is worse than Charley," Tomasko said. "We don't really know what this is gonna do."

"We don't know how resilient our systems are gonna be," he added.

Mo' Containers, Mo' Spills
Sinking Ship Full of Chemicals and Oil Threatens Horrifying Environmental Disaster
6. 3. 21
Read More
Richard Branson Wants to Spearhead Efforts to Rebuild Power Grids in the Caribbean
11. 1. 17
Read More
Who Should Pay for Damage Associated With Climate Change – and Who Should Be Compensated?
9. 21. 17
Read More
+Social+Newsletter
TopicsAbout UsContact Us
Copyright ©, Camden Media Inc All Rights Reserved. See our User Agreement, Privacy Policy and Data Use Policy. The material on this site may not be reproduced, distributed, transmitted, cached or otherwise used, except with prior written permission of Futurism. Articles may contain affiliate links which enable us to share in the revenue of any purchases made.
Fonts by Typekit and Monotype.