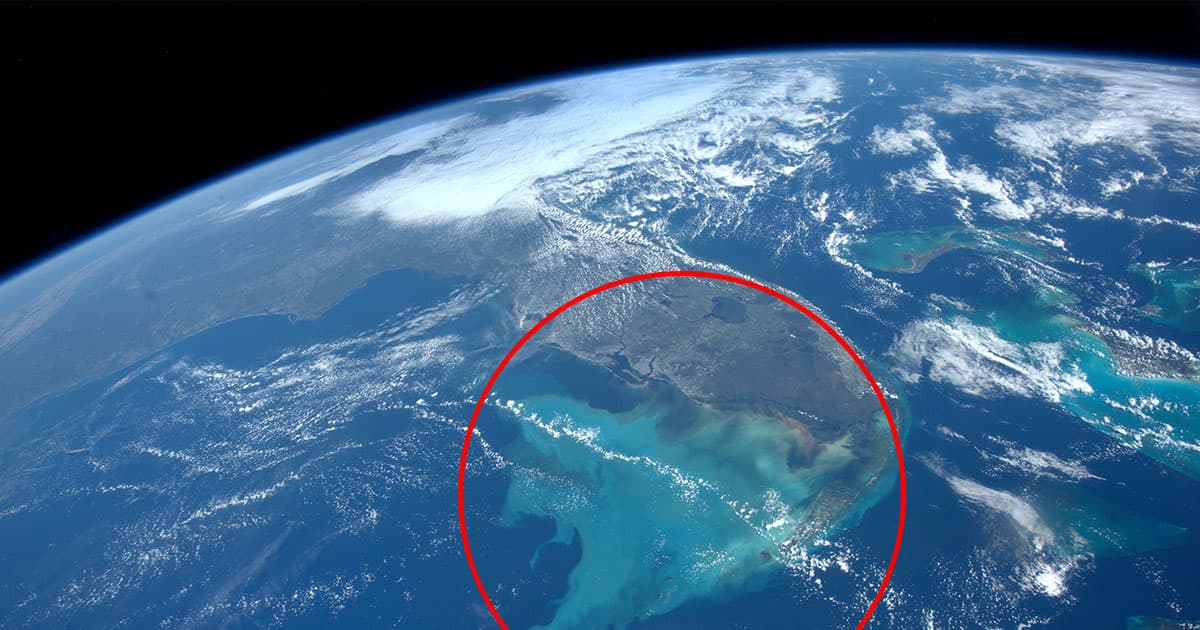 While floating hundreds of miles above the Earth on board the International Space Station, a NASA astronaut spotted something incredible: the deluge from Hurricane Ian — which has been battering Southwest Florida ever since making landfall late last month — as it drained back into the sea.

As astronaut Bob "Farmer" Hines noted earlier this week, his jaw-dropping capture shows the water "dumped" by the Category 4 hurricane as it made its way back off the land and into the Gulf of Mexico.

As Fox Weather explained, Hines' ISS photo doesn't just show water, but also the silt and dirt that once was Florida's soil as it washes away into the Gulf — a demonstration of the powerful forces of nature at work.

This picture shows how the Florida peninsula is shedding all the water #HurricanIan dumped on it. This was taken approx 2 days after it made landfall. Ian sure churned up the waters of the Gulf of Mexico! pic.twitter.com/FA10OFDFS9

It's not exactly surprising why all that Florida dirt got washed into the sea — as the National Oceanic and Atmospheric Administration predicted, more than 3,500 square miles of the Sunshine State, or about five percent of the whole peninsula, was covered by ten or more inches of rain during the mega-storm's zenith on Wednesday.

As Fox Weather noted, Ian is one of the biggest storms to hit the US in recent years. The only hurricane to top its single-day, ten-inch rain coverage was Hurricane Harvey, which devastated the Houston area in 2017.

Hines also took some stunning photos of Hurricane Ian as it was actively roiling the Southeast — including one shot that saw through the eye of the storm as it made landfall over "the entire Florida peninsula."

Along with Hines' own tweets, the ISS itself also streamed images of the mega-storm from above which showed how powerful it was at its most violent point.

This storm is HUGE! That’s the Mississippi River and New Orleans on the left. It covers the entire Florida peninsula! We could see through the eye just as it was making landfall. Praying for the safety of everyone dealing with #HurricaneIan. 🙏 pic.twitter.com/sZZE9gugea

In short, this hurricane season may be one of the most-photographed ever.

Which can only be a good thing, as the more we know about these violent storms, the easier it will be to study and track them.

More storm-chasing: We Must Respect This Florida Man Ripping a Bong During an Actual Hurricane