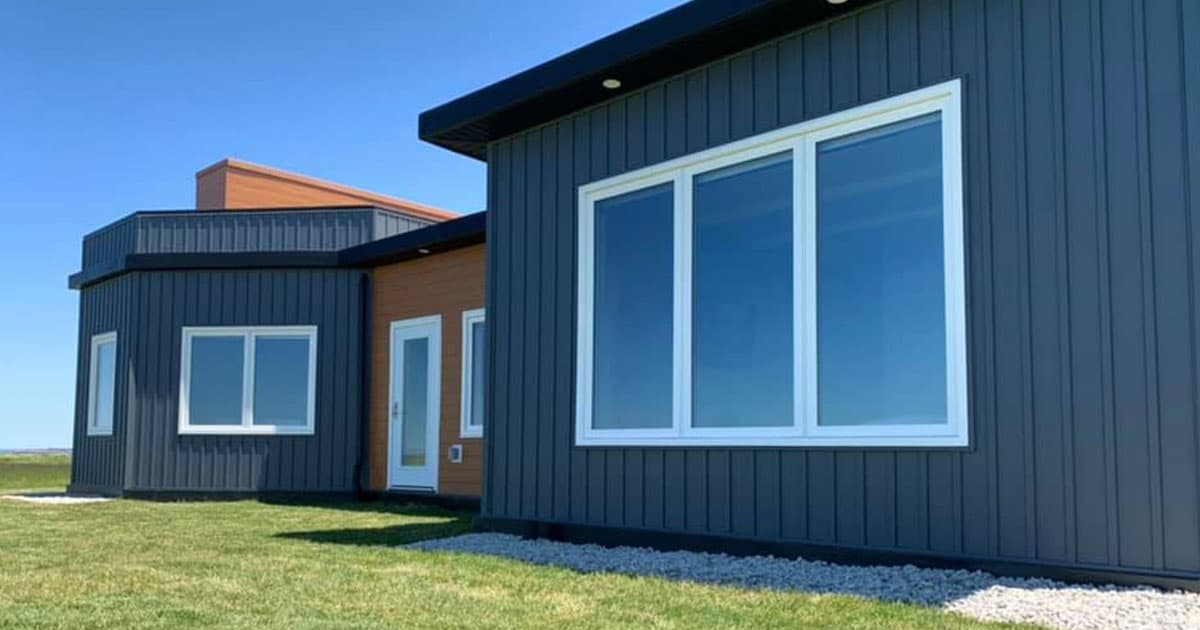 At first glance, the newly constructed beachfront home in Meteghan River, Nova Scotia, looks like any other. It has a kitchen, three bedrooms, a pair of bathrooms, a roof...

But while the house's appearance is unremarkable, the structure is wholly unique — because JD Composites built it from more than 600,000 recycled plastic bottles.

"There are four major companies building this material in the world," company co-owner David Saulnier told CBC News, "and they’ve told me that we’re the only people, on planet Earth, that have done this so far."

The material is called PET (polyethylene terephthalate) foam, and the first step to creating it is heating shredded plastic to form tiny plastic pellets.

"All of these pellets go into big vats, and it goes into a building the size of Walmart," JD Composites co-owner Joel German told The Hants Journal. "Four guys operate this plant and they dump it into a hopper. It gets mixed with gases. It melts it down and makes it come out in a foam, like shaving cream it expands on the way out.”

Once cool, the foam is incredibly durable, so it made the perfect building material for the green home, which the team plans to list on Airbnb if it doesn't sell.

Brands We Love
This Autonomous WorkPod Is the Ultimate Distraction-Free Home Office
8. 8. 21
Read More
From Our Partners
Reduce Plastic Waste And Always Be Ready For A Drink, With This Stylish Straw Bracelet
4. 27. 21
Read More
Keep Your Stuff in Shape with This Liquid Plastic Kit
11. 2. 20
Read More
+Social+Newsletter
TopicsAbout UsContact Us
Copyright ©, Camden Media Inc All Rights Reserved. See our User Agreement, Privacy Policy and Data Use Policy. The material on this site may not be reproduced, distributed, transmitted, cached or otherwise used, except with prior written permission of Futurism. Articles may contain affiliate links which enable us to share in the revenue of any purchases made.
Fonts by Typekit and Monotype.