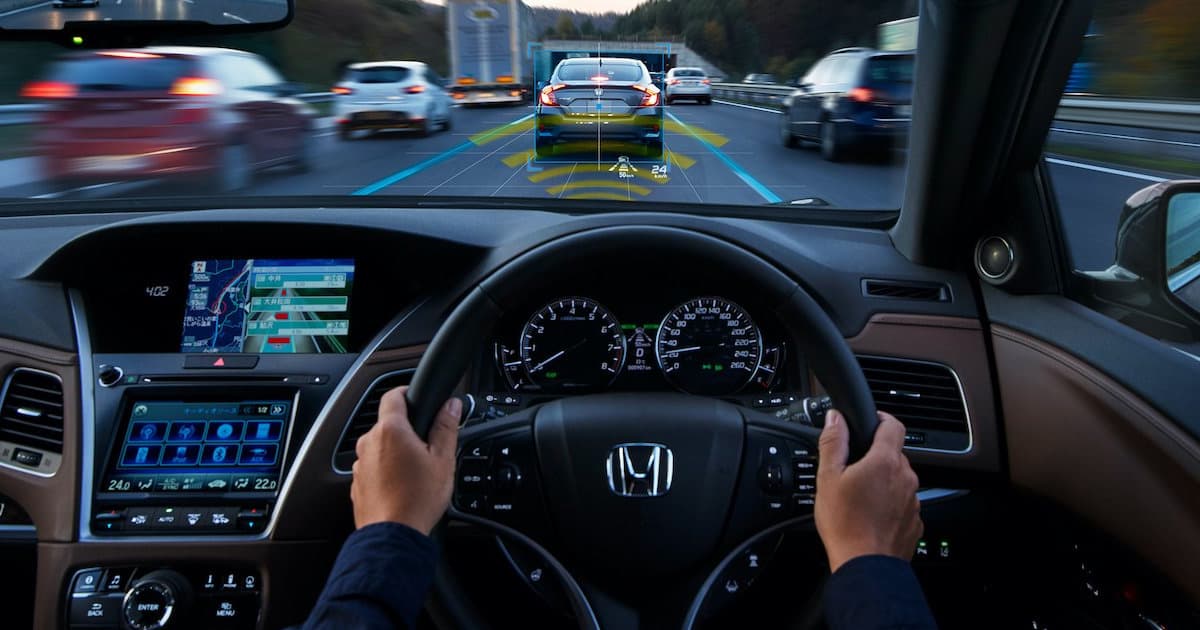 The semi-autonomous Honda Legend will hit the streets of Japan this year.

The semi-autonomous Honda Legend will hit the streets of Japan this year.

The company plans to begin selling the partially-autonomous Honda Legend in Japan before the end of the year, according to Agence France-Presse. At that point, Honda says it will have the most advanced self-driving tech that's available for purchase.

Autonomous vehicles are graded from Level 0, which is a normal, human-operated car, to Level 5. At Level 5, a vehicle would be totally autonomous and wouldn't have any use for pedals, a steering wheel, or even a dedicated driver's seat.

At what Japan is calling Level 3, the Honda Legend can steer, accelerate, and, in the detail that sets it apart from Level 2 vehicles, respond to some specific scenarios like deciding to swerve around and pass a slow-moving obstacle, according to a breakdown by Synopsis. Audi developed the same technological capabilities for its 2019 Audi A8L, but Automotive News Europe reports that regulatory delays led Audi to scrap the project, staying instead at Level 2. Other companies, like Waymo, claim to have surpassed Level 3, but don't sell the cars to consumers.

So, while Honda's victory in the race to Level 3 is partially defined by technicalities, it still represents a major step forward for the industry, as it actually gets the new technology in drivers' hands.

"It's a world-first for an automaker to receive [Level 3] type designation," a Honda spokesperson told AFP.