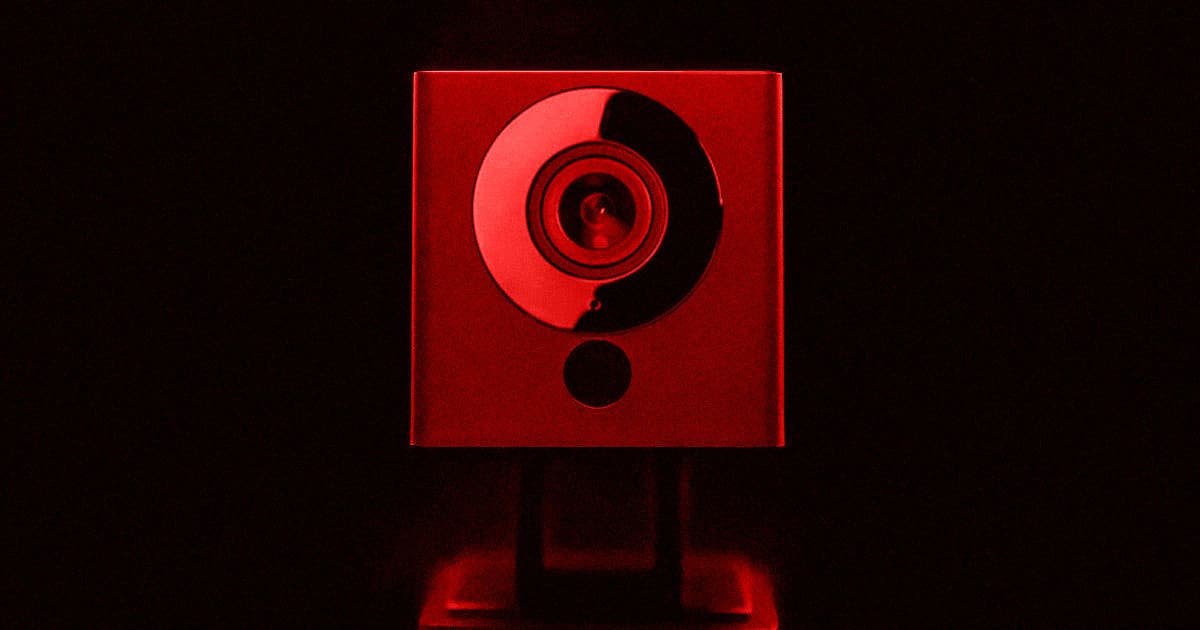 Yeah, they saw that.

Yeah, they saw that.

They knew, but didn't care enough to tell customers.

According to a new report published by security research firm Bitdefender yesterday, home security camera manufacturer Wyze kept a vulnerability in its products a secret for three years and didn't let the public know hackers were downloading and watching their private video feeds.

Instead of addressing the problem in any way, Wyze simply chose to discontinue the affected camera model in January this year despite Bitdefender's warning back in 2019, according to a report in the Verge yesterday. A Wyze spokesperson told the outlet that in the company's opinion it's been transparent, and have also corrected the exploit, but emails included in the Verge's reporting show vague messages that mention security updates to software, but nothing about potentially hacked video feeds or the dangers to say, minors appearing on camera.

You may rightly be wondering: why didn't the security firm that knew the entire time say something, either? But Bitdefender PR director Steve Fiore defended the company's actions.

"We have delayed publishing reports (iBaby Monitor M6S cameras) for longer periods for the same reason before," he told the Verge. "We understand that this is not necessarily a common practice with other researchers, but disclosing the findings before having the vendor provide patches would have put a lot people at risk."

When a company makes millions of dollars in profit and can't even be bothered to disclose to customers that something's up, it's time to think long and hard about who suffers from government inaction — we'll say no more about video of babies and children and what happens to that sort of content on the internet.

There are always going to be hackers, and it would be hard for any piece of legislation to stamp them out. But holding tech companies accountable with hefty fines for leaving customers vulnerable would certainly be a start.

Drone Warfare
The U.S. Military Is Hiring Hackers to Kill Small Drones
4. 2. 19
Read More
Why You Should Never Go on the Internet Without a VPN, and How You Can Get One
6. 24. 17
Read More
Built Tough
Deliveries of All-Electric Ford F-150 Lightning Officially Begin
Yesterday
Read More
+Social+Newsletter
TopicsAbout UsContact Us
Copyright ©, Camden Media Inc All Rights Reserved. See our User Agreement, Privacy Policy and Data Use Policy. The material on this site may not be reproduced, distributed, transmitted, cached or otherwise used, except with prior written permission of Futurism. Fonts by Typekit and Monotype.