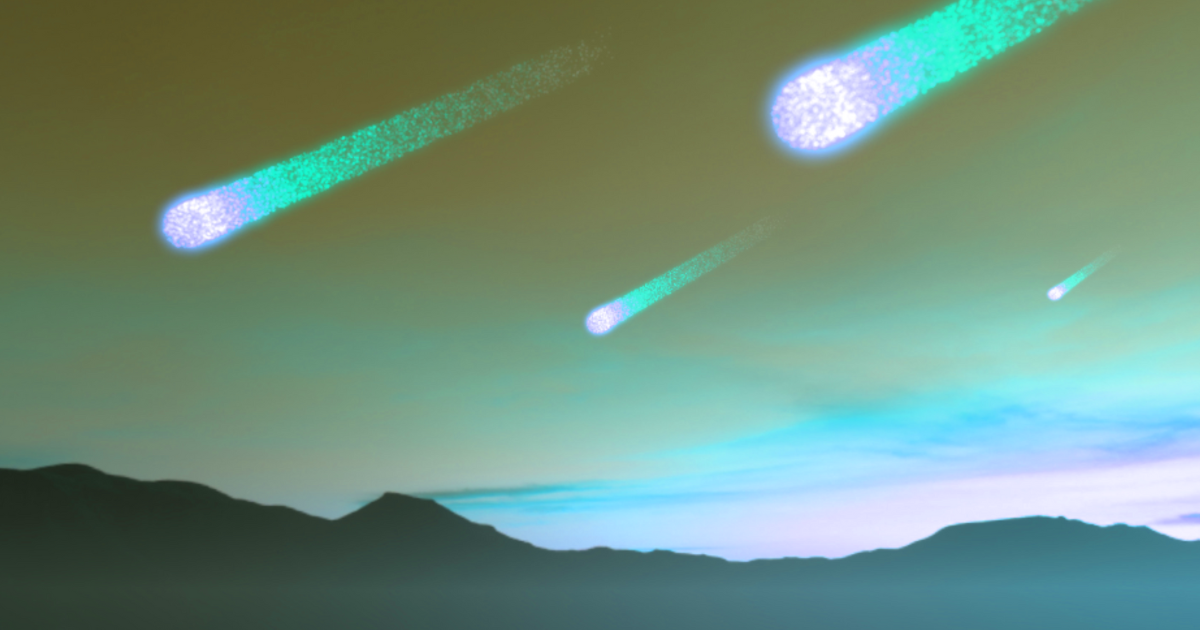 Astrophysics professor Avi Loeb was the longest-serving chair of Harvard's astronomy department until he got snapped up by a White House science and technology advisory committee. His next adventure lies at the bottom of the Pacific Ocean.

Yesterday, NBC reported that Loeb wants to recover fragments of an interstellar meteor he says fell to Earth in 2014 after it arrived from outside our own solar system. In 2019, Loeb and one of his students, Amir Siraj, published a not-yet-peer-reviewed-paper in arXiv that said the meteor must have been made of material tougher than iron to survive its trip, and in 2021, Loeb announced his desire to recover the object from the ocean floor.

Loeb believes it may be from a distant alien civilization.

"We’re planning to board the ship and build a sled and a magnet attached to it that will scoop the ocean floor," Loeb said, according to NBC. "And we will go back and forth, like mowing the lawns across the region, 10 kilometers in size and collect with the magnets, all the fragments that are attracted to it, and then brush them off and study their composition in the laboratory."

Loeb isn't known for being a mad, far-out scientist, and his career proves the professor's ideas are worth listening to. It would, after all, be super exciting to find alien tech from another solar system — we're just not convinced that's going to happen.

To begin with, Space.com reported that the object is only 1.5 feet long, and it crashed nearly 200 miles off the north coast of one of Papua New Guinea's more remote islands. In addition, it struck with about 1 percent of the force of the Hiroshima nuclear bomb, so it's also at least somewhat pulverized.

We wish the professor and his team luck on their journey, but we're not holding our breath — that's a lot of tiny seafloor chunks to sort though, with or without a magnet.

Monkey Business
China Plans to Send Monkeys to Space Station to Have Sex With Each Other
11. 3. 22
Read More
Overview Effect
William Shatner Says His Space Trip Left Him With a Feeling of Terrible Grief
10. 11. 22
Read More
Okay Then
Millionaire Refurbishing Cold War Radar Unit to Hunt UFOs
7. 7. 22
Read More
+Social+Newsletter
TopicsAbout UsContact Us
Copyright ©, Camden Media Inc All Rights Reserved. See our User Agreement, Privacy Policy and Data Use Policy. The material on this site may not be reproduced, distributed, transmitted, cached or otherwise used, except with prior written permission of Futurism. Articles may contain affiliate links which enable us to share in the revenue of any purchases made.
Fonts by Typekit and Monotype.