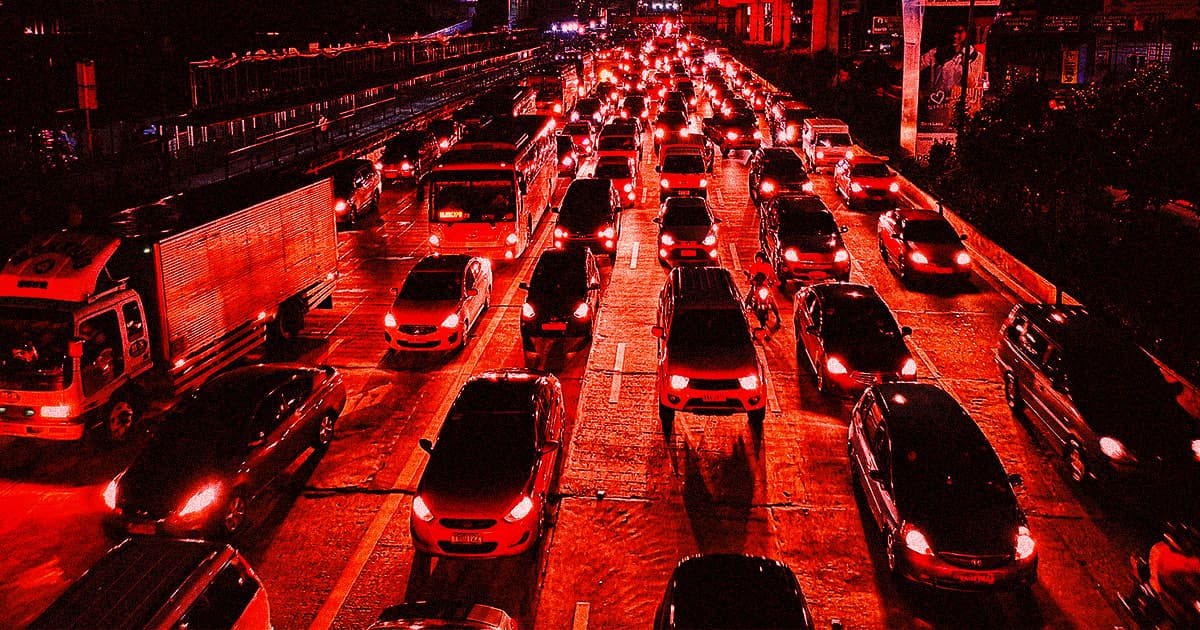 Here's an argument against internet-connected vehicles.

Here's an argument against internet-connected vehicles.

Traffic in New York City might be bad now — but in the future, the city's streets could be just a few keystrokes away from gridlock at any given moment.

That's the takeaway from a new study in which Georgia Institute of Technology researchers detail how bad actors could grind NYC traffic to a halt by hacking internet-connected cars — and they worry that doing so might not even be that hard.

According to the researchers' study, which was published in the journal Physical Review E on Tuesday, a hacker could completely freeze traffic on Manhattan streets by stalling just 20 percent of cars during rush hour. Stalling 10 percent would be enough to keep emergency vehicles from cutting through traffic.

As for how a hacker might accomplish that epic hack, it could be as simple as infiltrating a car's internet-connected radio.

"You don’t necessarily have separate systems to run your car and run your satellite radio," researcher Jesse Silverberg said in a press release. "If you can get into one, you may be able to get into the other."

Researcher Skanka Vivek does have a suggestion for security experts looking to prevent such a scenario from coming to fruition.

"Split up the digital network influencing the cars to make it impossible to access too many cars through one network," he said in the press release. "If you could also make sure that cars next to each other can’t be hacked at the same time that would decrease the risk of them blocking off traffic together."

More on connected cars: The Future of Fuel Efficiency: Networked Cars, Talking to Other Cars