The Future of Fuel Efficiency: Networked Cars, Talking to Other Cars 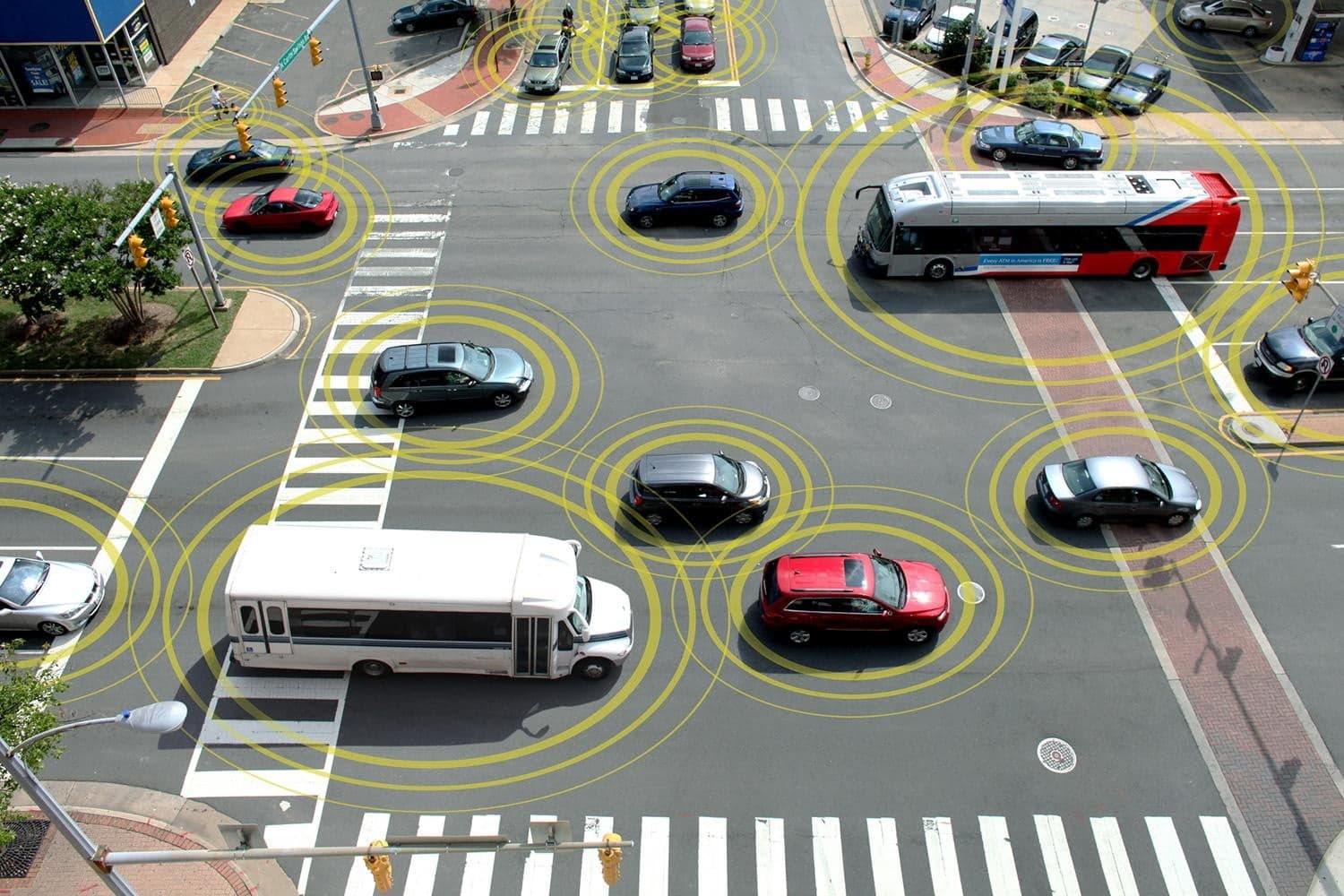 If we really wanted to cut down on carbon emissions during our commute, instead of hopping into our cars every morning, we’d bite the bullet, and take the bus. But because we’re pretty attached to our own cars (and America’s public transit infrastructure, you know, sucks) researchers are working on ways to cut down on wasted energy beyond solutions like “take the bus.” One way to do that? Let cars talk to each other.

This idea comes out of recent research from the University of Michigan and California Institute of Technology. In particular, an autonomous vehicle that was controlling its speed based on the speeds of multiple surrounding cars was twenty percent more energy-efficient than it was without those networks.

The key is looking beyond current “smart” cruise-control features, which only respond to the car immediately in front of you. By connecting to a broader network of cars through what the researchers call “vehicle-to-everything communication,” the autonomous vehicle was able to slow down using 60 percent less braking force than a human driver.

Because they knew what traffic was coming several cars away — instead of just a single car in front of them — the networked cars needed less fuel to get back up to speed, and therefore, were more energy effecient. In other words, whether you’re stuck in traffic or coasting down a highway, this technology could give you a smoother, less nauseating, more eco-friendly ride.

This technology can start saving fuel even before (if?) self-driving cars gain widespread adoption. Even if people were driving all the cars surrounding the autonomous vehicle, the self-driving software was still able to smooth its speed transitions, braking more gently and using less fuel than it would have without the improved communication.

In a controlled experiment, human drivers in traffic had to face a common situation: someone several cars ahead hit the brakes, so they had to respond to the chain reaction and slow down as well. Some of the drivers hit the brakes hard, rapidly decelerating from 55 MPH to a near stop, subjecting the car to a force almost as strong as gravity. But the autonomous cars had a much smoother experience, with less than half the braking force. That’s because the self-driving cars were able to predict how the line of cars would behave once it detected that the car in front started to slow down.

That said, if you’re truly concerned about how much carbon dioxide you’re putting into the atmosphere when you drive to work, keep in mind that a bus pass is much cheaper and more environmentally-conscious than a self-driving car with advanced navigation technology. But if you walk away with nothing else (you certainly won’t walk away with a car featuring these communication networks any time soon) do try to ease off the brakes a bit. The environment will thank you, as will the autonomous robots (and other humans) trying to make sense of your driving.

Read This Next
Look Ma
It’s Shockingly Easy to Drive a Tesla Without Anybody in the Driver’s Seat
Shots Fired
Ford CEO Mocks Tesla For Rolling Out Half-Finished Autonomous Driving
Top It Off
Startup Says Solar-Powered Electric Car Never Needs to Charge
Trolley Problem Enhanced
Tesla Bros Are Freaking Out Right Now About the New Full Self-Driving Beta
Empty Seat
Waymo Ditches Human Safety Drivers in Its Self-Driving Taxis
More on Advanced Transport
Range Rover
5:36 PM on the byte
Tesla Drives 750 Miles With Upgraded Battery
Shades of Grey
Yesterday on the byte
BMW Shows Off Car That Changes Color at the “Touch of a Button”
Showroom Showdown
Tuesday on the byte
Tesla Accused of Supporting Muslim Genocide in China
READ MORE STORIES ABOUT / Advanced Transport
Keep up.
Subscribe to our daily newsletter to keep in touch with the subjects shaping our future.