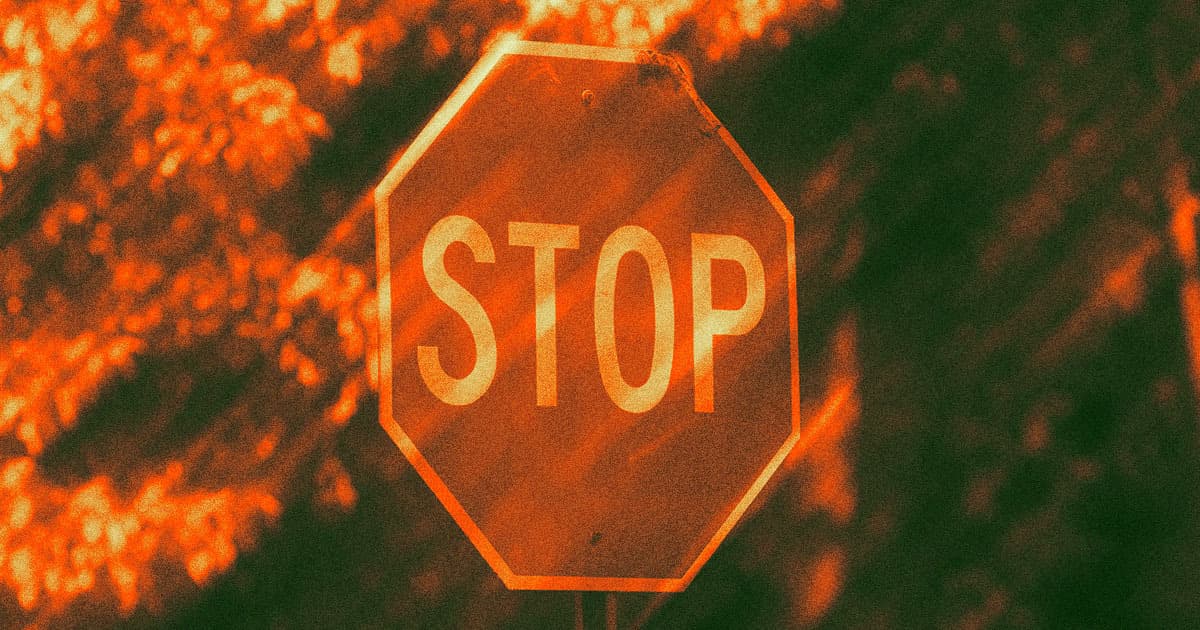 Israeli security researchers have figured out how to trick self-driving cars into slamming on the brakes by flickering an image of a stop sign on a digitally-controlled billboard — a hack, they told Wired, that could cause traffic jams or even accidents.

"The attacker just shines an image of something on the road or injects a few frames into a digital billboard, and the car will apply the brakes or possibly swerve, and that's dangerous," Ben Gurion University researcher Yisroel Mirsky told the magazine. "The driver won't even notice at all. So somebody's car will just react, and they won't understand why."

As Gurion alluded to above, the team's research initially focused on shining images onto the road to trigger autonomous cars' systems into doing something they shouldn't.

But then they realized that it would be more convenient to access connected digital billboards, Wired reports — and they found, in the course of their research, that they only needed to flash an image of a stop sign for a fraction.

The team managed to con a Tesla running the company's most recent version of Autopilot, according to Wired. Most worryingly, perhaps, is that the hack would require little hardware and leave behind no evidence.

More on Tesla: Elon Musk: In Future Teslas, “Structural Battery” Will Be Part of the Car’s Frame