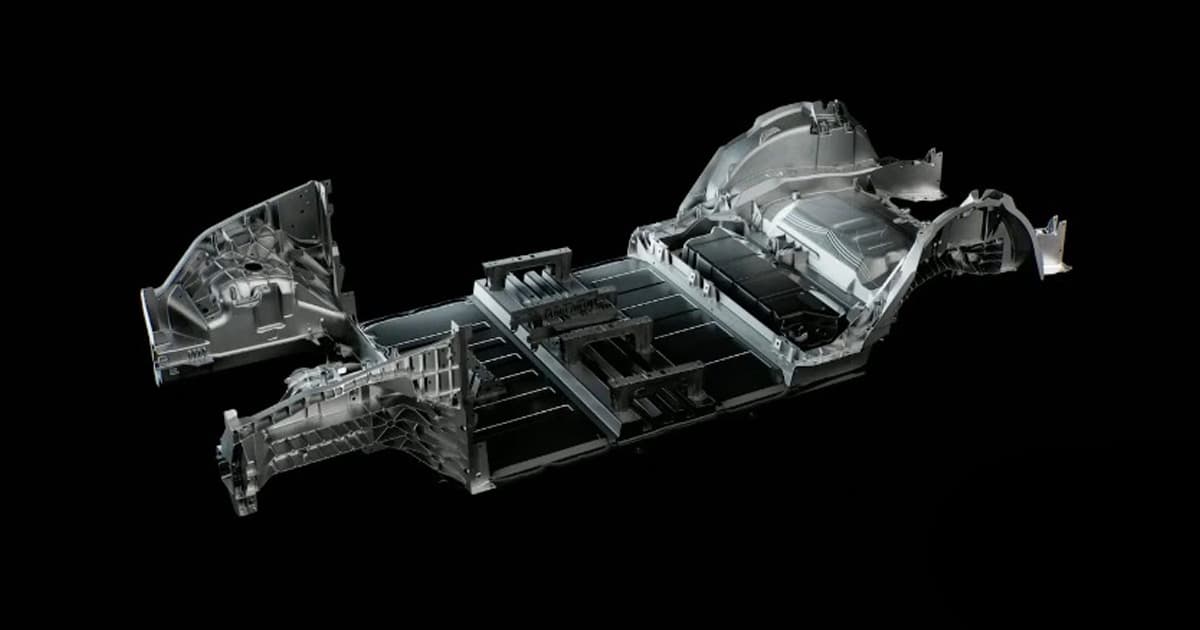 It's Inside the Car

Elon Musk: In Future Teslas, "Structural Battery" Will Be Part of the Car's Frame

In the future, your car's entire frame might be a giant battery.

In the future, your car's entire frame might be a giant battery.

During Tesla's Battery Day event on Tuesday evening, CEO Elon Musk revealed how he plans to integrate batteries into the structural elements of the car. In other words, the batteries themselves could one day serve as internal structures themselves.

"All modern airplanes, the fuel tank, your wing is just a fuel tank and wing shaped," Musk said at the event, as quoted by TechCrunch. "This is absolutely the way to do it. And then the fuel tank serves as dual structure, and it’s no longer cargo."

"It’s fundamental to the structure of the aircraft — this was a major breakthrough," he added. "We’re doing the same for cars."

By using batteries to serve a dual purpose as energy storage and structural components, the mass of electric vehicles could be reduced considerably.

It could also end up making future Teslas safer, according to Musk. His company has been working on a special glue that can act as both structure and flame retardant, which he described as "basically a honeycomb sandwich with two phase sheets."

Such a structure would make the car structure even stiffer, further improving safety. Battery cells could be moved "closer to the center of the car" as a result, according to the CEO, meaning that piercing the battery — a worst case scenario during a collision — could become less likely.

To top it all off, Musk argued, there are in total 370 fewer parts to such a battery design, meaning that manufacturing could be simplified and costs cut in the long run.

READ MORE: Future Teslas will have batteries that double as structure, making them extra stiff while improving efficiency, safety and cost [TechCrunch]