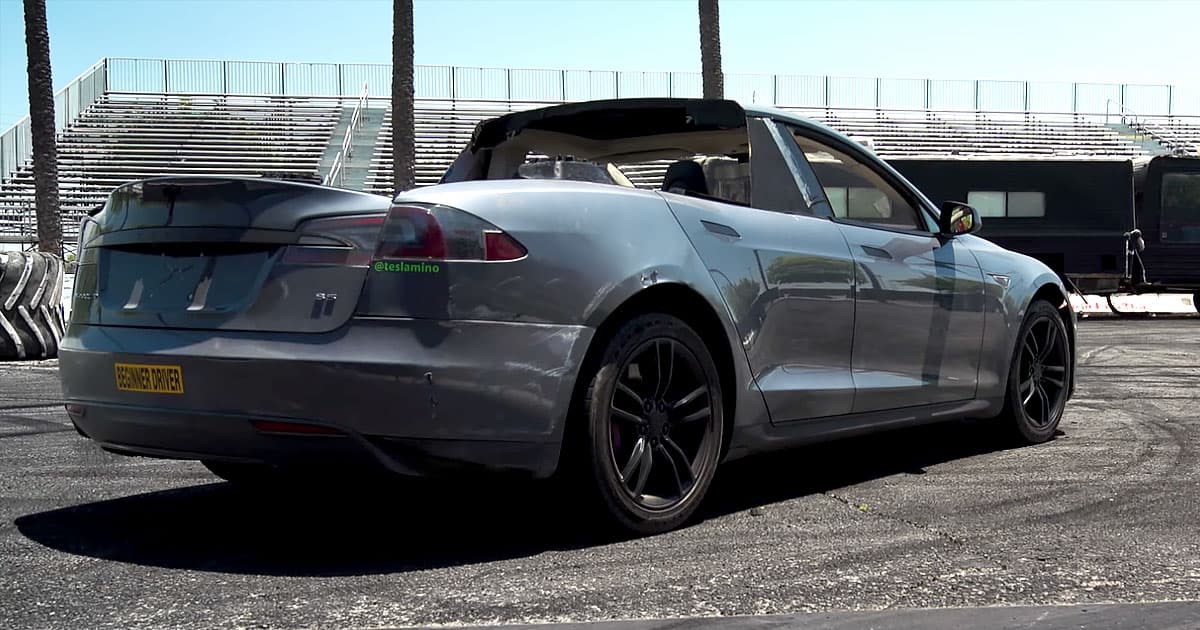 To carry their dirt bikes into the desert, the people behind an electric car conversion company chopped off the back of an already-damaged Tesla Model S to turn it into a "Teslamino" — a nod towards the open back truck variant of the Chevrolet El Camino.

And it can burn some rubber doing gnarly donuts as well.

Needless to say, the Model S required a ton of modifications, down to cardboard rear windows repurposed from old baby diaper boxes.

"Epiphany! Let's go chop off a Tesla," Borysewicz said in the video. Underneath the hood, a rat's nest of loose wires and hydraulic suspension parts reveal that the Teslamino lacks quite a bit of "finish" — to say the least.

YouTube star Simone Giertz also recently converted a Tesla Model 3 into a working electric pickup truck. Her "Truckla" however does feature a fully finished truck bed and a closed cabin that will shield her from the elements.

"Do people get mad about this car?" the man holding the camera asks Borysewicz in the video after seeing the state the car is in. "Yes, there's a lot of pissed off people," Borysewicz replies. "To each their own."

More on Tesla pickups: Watch This YouTuber Mod Her Tesla Model 3 Into a Pickup Truck